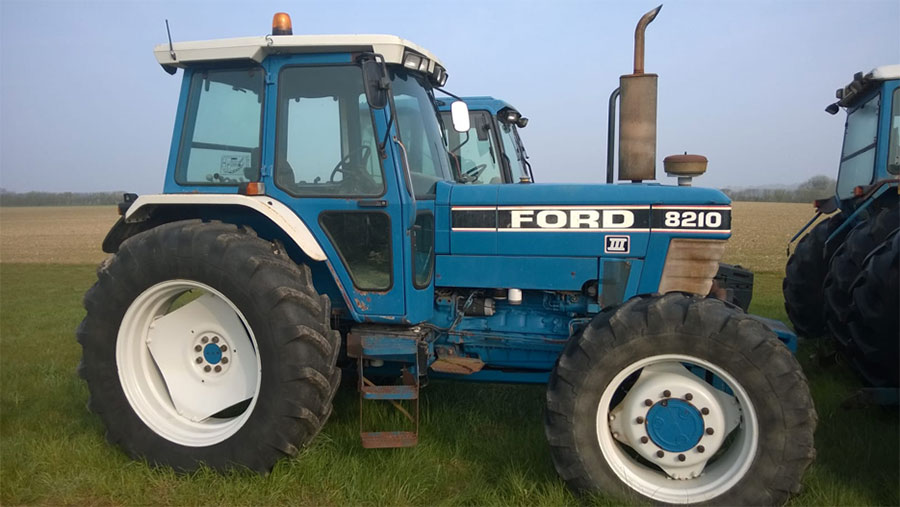 Dorset Police are appealing to farmers to help find a stolen vintage Ford 8210 tractor before thieves can break it up or sell it on.

The tractor, in Ford blue, is a rare version of the 8210 with a Generation 3 super Q cab. It was taken from a farm in the village of Spetisbury during the early hours of Saturday 20 July.

PC Tom Harness of North Dorset Police, investigating, said the tractor was of great sentimental value to the owner.

He added: “I am appealing for anyone who witnessed any suspicious activity in the Spetisbury area in the early hours of 20 July to please contact us.

“I am also keen to hear from anyone who comes across a tractor matching the description given.”

A spokesman for the owner’s and enthusiast’s club, the Ford and Fordson Association, said that it was a race against time to find the tractor.

“This is a highly sought after tractor worth a lot of money,” the spokesman suggested. “Even poor, beaten up examples of this type would sell for more than £25,000. Nice examples would be way over that.

“The people who stole it will have known its value and sadly, if it is not found quickly, it is most likely to be broken up for spares.

“The lights, engine, wheels, tyres and cab are all valuable items in their own right – especially if they are in good condition.”

The spokesman urged any tractor enthusiasts who were offered spares to question where they had come from.

“Anyone that is suspicious about where parts are coming from should contact the police,” he said.