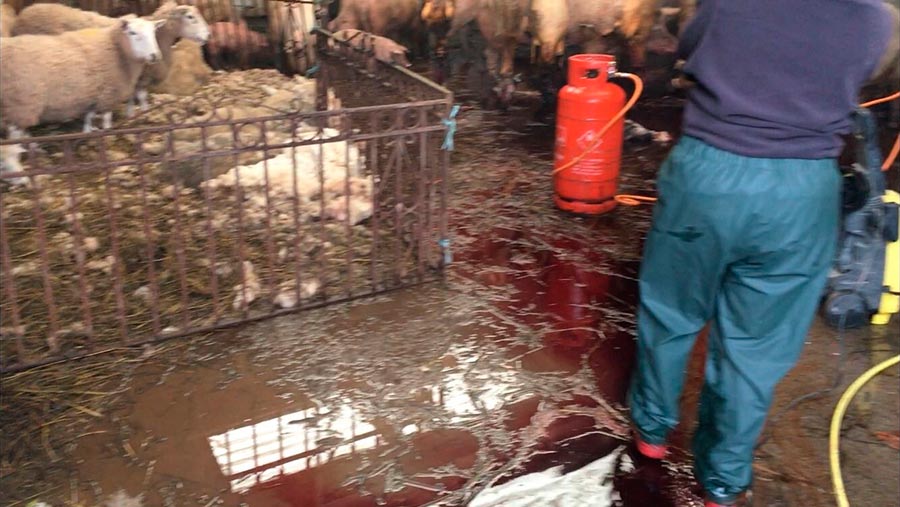 A Welsh council has launched an investigation after the discovery of an illegal “smokies” slaughterhouse and the arrest of two men.

The Dyfed Powys Police (DPP) rural crime team was involved in a raid on a property near the town of Pembroke on 21 January.

Photographs released by the team show a pen of live sheep next to hanging carcasses and a pool of blood and dirt.

Gas canisters were also recovered during the raid, which involved multiple agencies including the animal health department at Pembrokeshire County Council.

In a statement, the council said the subsequent investigation centred on the “illegal slaughter of animals and the production of ‘smokies’”.

Smokies, a West African delicacy outlawed by the European Union in 1987, are made by scorching unskinned sheep carcasses with a blowtorch after slaughter and hanging. This gives the meat a unique flavour when it is subsequently cooked.

They cannot be legally produced anywhere in the EU and the sheep are always slaughtered, processed, distributed and sold on the black market, typically in urban areas with large ethnic communities.

A council spokesman confirmed that two arrests had been made.

“The individuals arrested have been released pending ongoing enquiries,” he said. “Investigations are under way relating to a range of potential offences under food safety, animal by-products and animal welfare legislation.’’

The DPP rural crime team praised the operation, stating that it highlighted “the importance of community intelligence, communication and our vital relationships with our partner agencies and the exposure of such illegal practices”.

Since the EU ban was put in place, the production of smokies has been driven underground and there have been other prosecutions in Wales.

But pro-smokies campaigners insist the law is pointless and should be changed.

Wales is thought to be at the centre of the black market trade that has since been created. Welsh mountain sheep are considered the ideal breed for smokies because they are small and have white skin.