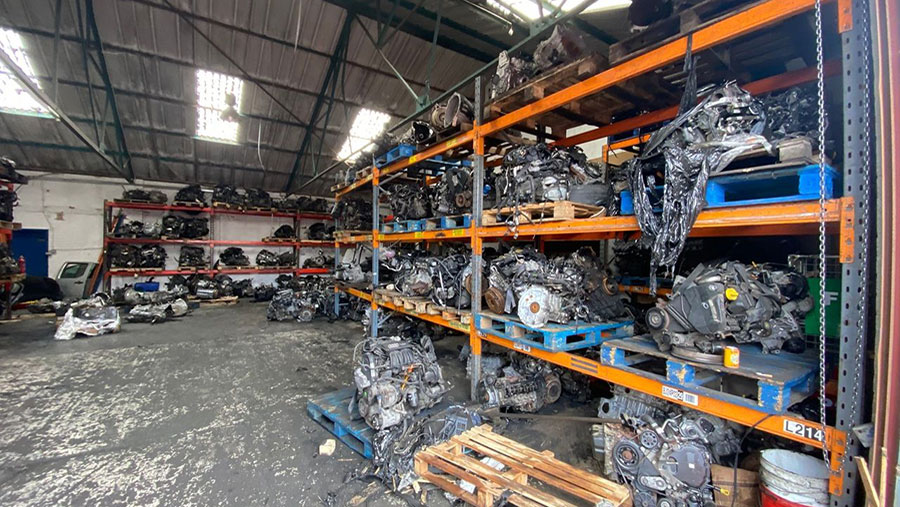 Stolen items found in a warehouse in Preston © Lancashire Police

Rural police officers investigating the theft of stolen parts from Land Rovers and other agricultural machinery have seized more than 70 items.

Lancashire Police’s South Rural Task Force, along with the Stolen Vehicle Identification Unit, have located and filled up more than six recovery trucks with seized engines, gearboxes, and parts from vehicles including Land Rovers, 4x4s and agricultural vehicles.

The theft value is estimated to be more than £1m. As a result, a warrant was executed on an industrial estate in Preston on Tuesday 26 April. 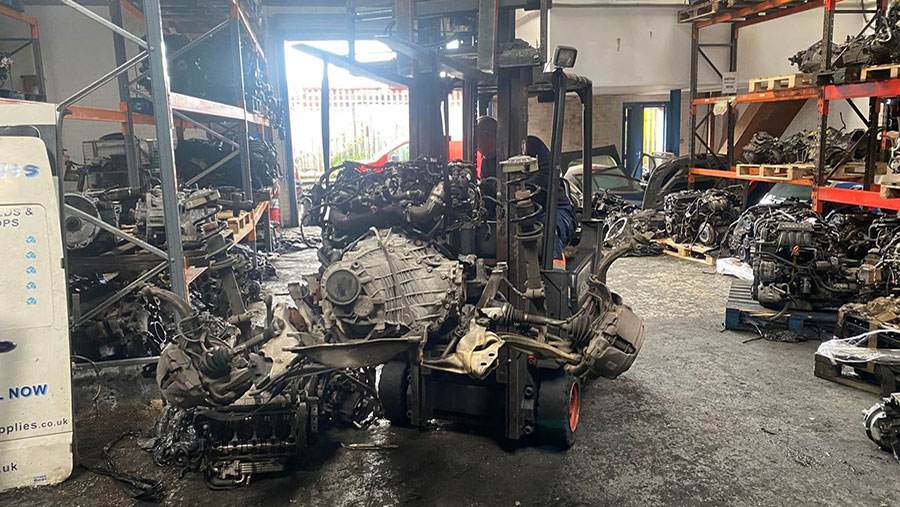 Stolen items found in a warehouse in Preston © Lancashire Police

PC Adam Levitt of the South Rural Task Force said: “Initial findings show the stolen items are from all over the country. The investigation is still ongoing, with more property being recovered.

“These types of crimes have a massive effect on the rural community, especially for farmers, who are not only affected by the loss of their vehicles, machinery, and equipment, but are also unable to carry out their daily business, particularly as this is a busy time of year.

“We are committed to working hard to upset rural criminality in all its forms, and anyone who benefits from it.”

While no arrests have been made, extensive enquiries are ongoing in this regard by South Rural Task Force and the Stolen Vehicle Identification Unit.

Rural crime remains a serious problem for farmers and people living in the countryside, costing the UK £54.3m in 2019 alone, according to rural insurer NFU Mutual.

NFU Mutual welcomed the work by Lancashire Police to disrupt this criminal activity, which it said was having a huge effect on rural areas.

“There is a burgeoning illicit market for parts due to thieves cashing in on high demand, increased prices and supply chain issues,” said Rebecca Davidson, rural affairs specialist at NFU Mutual.

“This has contributed in particular to the rise in the cost of Land Rover Defender thefts we have seen at NFU Mutual, and we have received reports of vehicles stripped down on drives or taken away to chop shops.”

NFU Mutual supports the dedicated agricultural vehicle theft unit at the National Vehicle Crime Intelligence Service, which has worked with Lancashire Police and other forces across the UK to share information and tackle rural theft.

Anyone in south Lancashire who has concerns about rural crime in their area can email southrtf@lancashire.police.uk