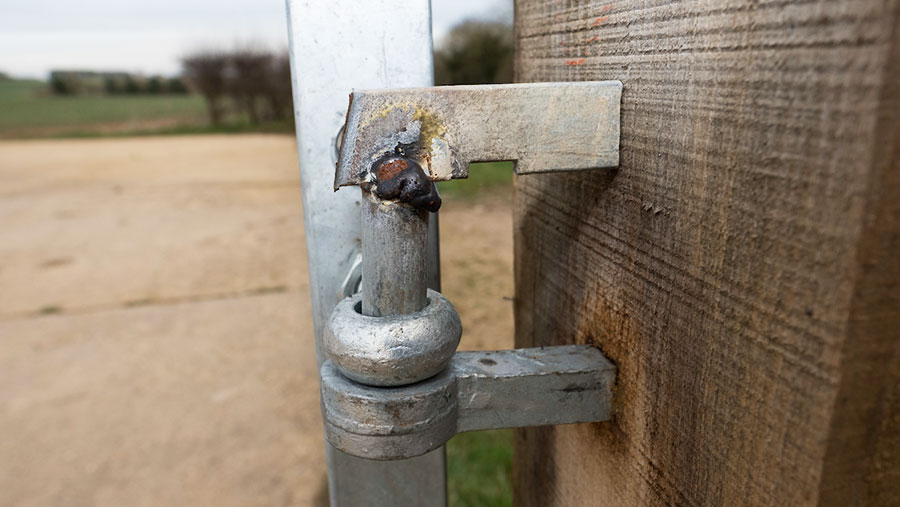 Farmers have been warned to stay extra vigilant after a recent spate in the theft of farm gates across the UK.

The latest series of incidents involved farms in the Marshwood Vale area of Dorset.

Officers from Dorset Police’s rural crime team said cattle hurdles and gates were stolen on three separate occasions in the area in the past few days.

A police spokesman said: “Please lock up all unused gates and hurdles, mark them with paint or weld the farm postcode on.

“Remove them from view of main roads and areas where the public have access.”

Last month, police in Wales warned farmers to be on alert after eight 12ft-wide steel gates were stolen from farms in Pembrokeshire, Newport and Cardigan in Ceredigion.

Sgt Gareth Jones, of Dyfed Powys Police, said rural criminals planned many crimes in advance and he urged farmers and the public to be on the lookout for suspicious behaviour and vehicle movements.

“The loss of equipment, metal and livestock may not be noticed immediately, and its detection can often be difficult and it has an impact on people’s livelihoods,” he added.

How to stop farm gates being stolen