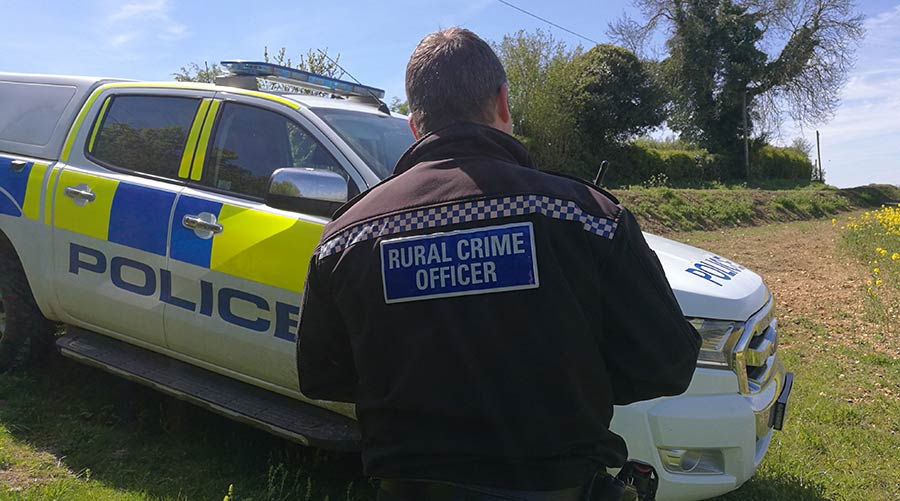 Rural crime is an ongoing concern for farmers and landowners, costing the UK economy an estimated £44.5m in 2017, according to rural insurer NFU Mutual.

However, chronic underreporting of rural crime, mainly due to anger and frustration at the police and government, means this figure could be just the tip of the iceberg.

The 2018 National Rural Crime Survey found that more than one in four (27%) victims of crime do not report it to the police.

Many farmers still believe that reporting rural crime is a waste of time as police are under-resourced and too busy to take it seriously. Added to this is the concern that doing so could result in a hike in insurance premiums.

But police forces say they desperately need farmers, who are the “eyes and ears” of their communities, to report all incidences of crime, as this helps to build an accurate picture of criminality across the regions.

Failure to report local rural crime means it will be perceived as less of a problem and police resources will be focused elsewhere.

How to report rural crime

The NFU and Crimestoppers have launched a hotline to allow farmers and the public to report incidents of rural crime in confidence.

The “Rural Crime Reporting Line”  is part of the NFU’s ongoing work to tackle the serious issues surrounding criminal behaviour on farms and in the wider countryside.

The service, supported by the police, has been launched to encourage people living in rural areas give information about crimes in their area.

By calling 0800 783 0137 or visiting www.ruralcrimereportingline.uk, farmers, rural businesses and the public can anonymously give information about crime relating to:

Always dial 999 in an emergency.