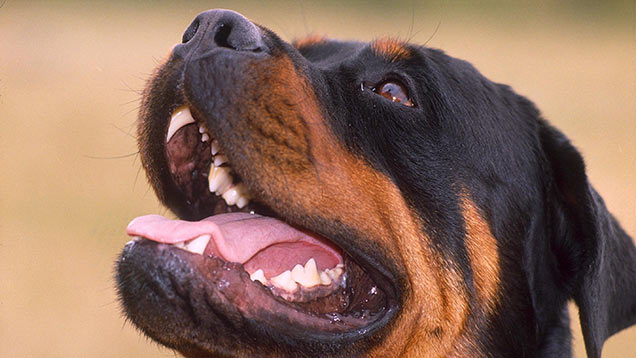 Police suspect a Rottweiler dragged and killed a lamb in a vicious sheep worrying attack on a Devon farm.

The lamb was pulled away from its flock and bitten sometime between 14 and 27 June in the area of Bilford water, Buda and Braddon farms.

The animal then bled to death.

Two dogs had been spotted in the area, one believed to be a black Rottweiler with colour to its chest, and the other is thought to have been a Jack Russell with a long black tail and red collar.

Devon and Cornwall Police reminded dog owners to keep their pets under control when near livestock.

Any sheep livestock worrying attacks would be liable to prosecution under Section 1 of the Dogs (Protection of Livestock) Act of 1953.

Anyone with information about this incident or the dogs is asked to call 101 or email 101@devonandcornwall.pnn.police.uk quoting crime ref CR/044807/15.

Police said witnesses to this type of incident should report it to the police immediately, dialling 999 if the offending animal and its owner are still in area.