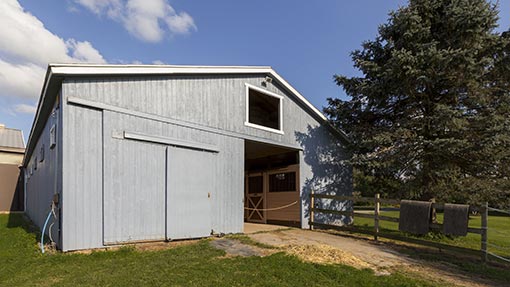 Police are urging farmers to step up security to stop illegal raves taking place in buildings on their land.

Over the last month Lincolnshire Police has received a number of reports of unauthorised gatherings being set up in farm buildings.

As a result, farmers and landowners are being asked to take all security precautions where possible to protect buildings.

Installing (passive infrared) PIR beams that detect heat given off by people, adding “internal sounders” and adding barriers across farm tracks and across the entrances to buildings are just some of the measures that can deter people from starting raves on farms.

“We are asking landowners and rural communities to be vigilant and report suspicious activity in relation to unlawful gatherings or raves,” a Lincolnshire Police spokesman said.

“Lincolnshire’s isolated locations make it a popular county for people trying to organise such events.

“And, in recent months, there has been an increase in the number of reports of unauthorised gatherings being set up in farm buildings.

“This can be installing security beam systems, internal sounders or adding barriers across farm tracks.”

Anyone who sees any convoys of motor vehicles heading towards farm buildings or parking up in the nearby vicinity of a farm building, or who hears any loud music being played should contact police on 101 or call Crimestoppers anonymously on 0800 555 111.

Add your views on illegal raves to our forum