Four sheep have been stolen from a hill farm in south Wales and butchered, with their remains dumped near an adjoining main road.

Lee Pritchard, who runs Cwm Carno Farm with business partner Lorraine Howells, discovered the remains of his sheep on the hill near the main road during his rounds on Monday 12 August.

He suspects that the animals were taken from the common near Merthyr Tydfil, killed and butchered elsewhere and then the heads, skins and legs returned.

“The eyes were still in the heads and birds would have gone for them, and the eyes were quite cloudy so they had been dead for quite some time,” said Mr Pritchard.

“It looks like they’ve been butchered professionally because the legs were taken off and the skin pulled from the legs.

“It’s been the shock of our lives really.

“It’s bad enough when a dog kills a sheep, but when another human being does it for their own entertainment or to sell the meat or for dog food, it’s horrendous.”

The animals are hefted on the hill and graze alongside horses that are often fed scraps by visitors. 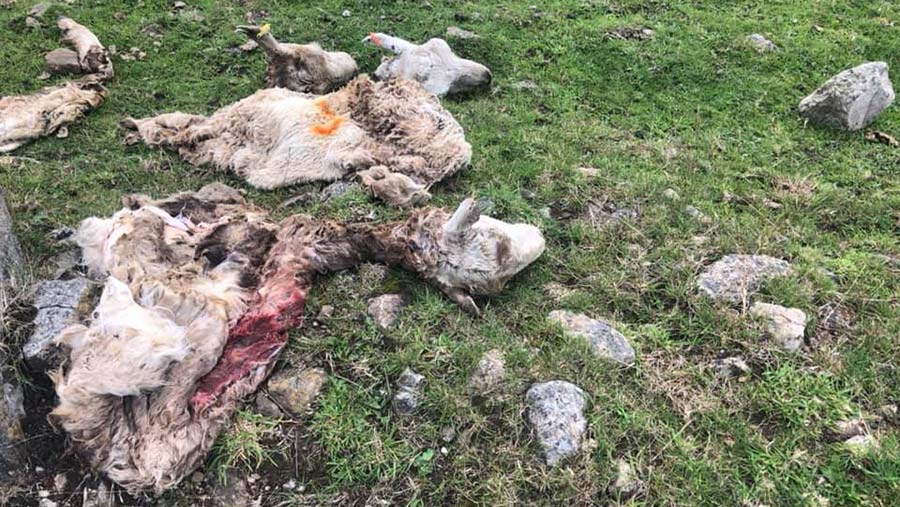 Having learned that people often provide free treats could have made the sheep an easier target, Mr Pritchard fears.

“We put them out on the hill worrying dogs or other animals are going to get them, not humans,” he said.

“It’s disheartening when you’re working so hard to keep an animal alive that you’re making a living from but certainly not profiting on. 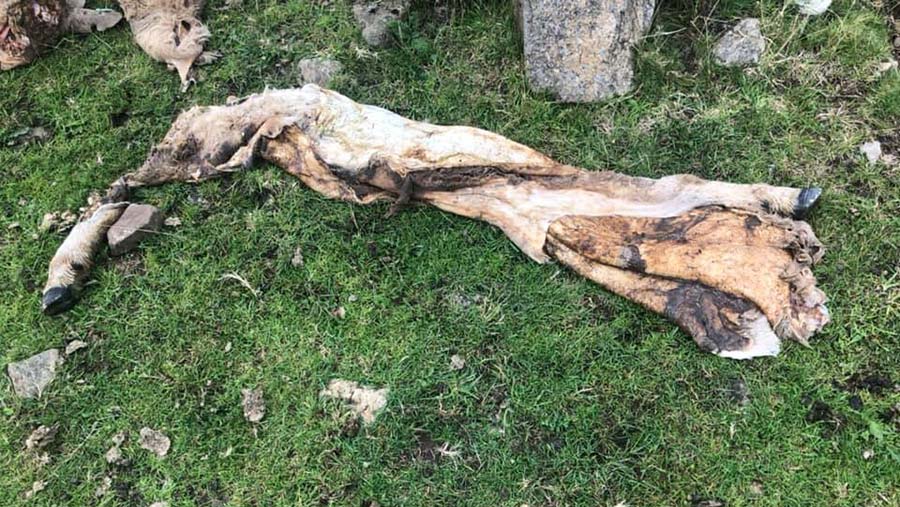 “We keep them as much to keep the hills in condition as to make a living.

“The first thing I thought when I saw it was what a traumatic experience they had been through, not about money.”

The flock had been treated with a pour-on product to prevent flies and still had three weeks left of withdrawal, making the meat unfit for human consumption, said Mr Pritchard.

He has praised Gwent Police’s rural crime officer for attending quickly and taking pictures of the scene but said without a lead there is little the force can do.

A Gwent Police spokesman said: “Between 7pm on Sunday 11 August and 3.30pm on Monday 12 August, it is thought that unknown offenders killed four sheep, including two lambs.

“It is believed that these animals were killed for their meat.

“Officers would like to warn those who may wish to consume the meat from these animals that they have recently been vaccinated, and if eaten can cause illness.