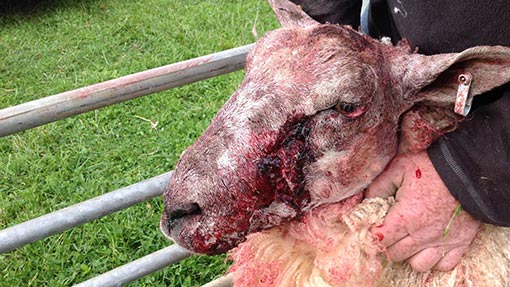 Police have launched an investigation after a dog attack left sheep with injuries needing dozens of stitches.

The ewes were grazing on private land at Borough Common, Attleborough, Norfolk, with lambs at foot when the dog attack began.

Flock owner David Cross said: “The worst injured ewe had the side of her face completely ripped off.”

Mr Cross said that he believed the ewes would have confronted the dog in a bid to protect their lambs rather than try to run away and escape.

“I have had dog attacks before and sheep were killed so the fact that none died makes me believe there was someone there to get the dog away,” Mr Cross said.

“But it’s disgusting that these sheep were left so badly wounded and in such distress,” he added.

Vet Hannah Kelly, of Wood Farm Vets in Wymondham, treated the animals in the field. One of the animals needed 60 stitches to repair the wound.

Ms Kelly said it was the worst attack she had seen in which the animals had survived.

Norfolk Police have launched an investigation into the attack, thought to have happened on Saturday morning (24 May). 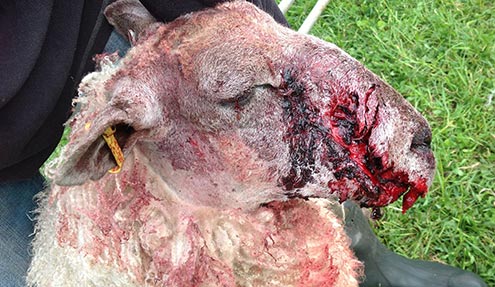 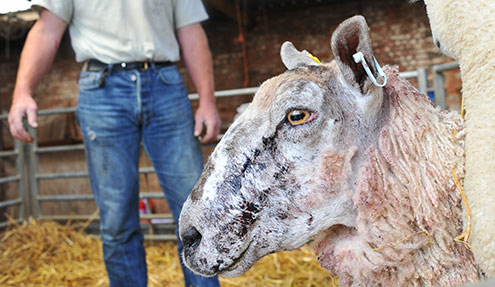