A thief who crashed a stolen tractor into a railway bridge was at the centre of a police manhunt on Monday (16 May).

A serious disaster was narrowly avoided after a tractor collided with a railway bridge in Abbotswood, Worcestershire, sending debris scattering onto the tracks below into the path of oncoming trains.

Moments after the crash on Friday night (13 May), witnesses saw a suspect running from the tractor, which was left dangling precariously over the edge of the bridge. 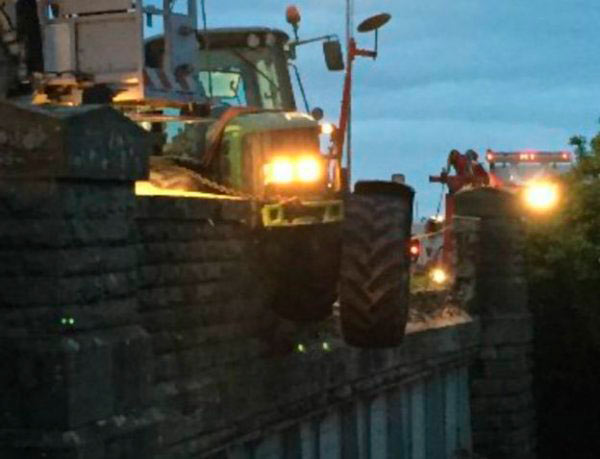 The man, described as white, in his early 20s and wearing a purple hooded top and dark bottoms, is being hunted by West Mercia Police.

A farmer had reported the tractor stolen from a farm in Drakes Broughton, Pershore at about 9.10pm on Friday. It was found abandoned on top of the railway bridge shortly after.

Network Rail said some of the debris caused by the collision hit a train travelling from Cardiff to Birmingham at 9.30pm on Friday. The train was damaged but it did not derail.

A rail spokesman said the crash resulted in the main Birmingham to Gloucester rail line being closed for several hours while the vehicle was recovered and engineers inspected the bridge. 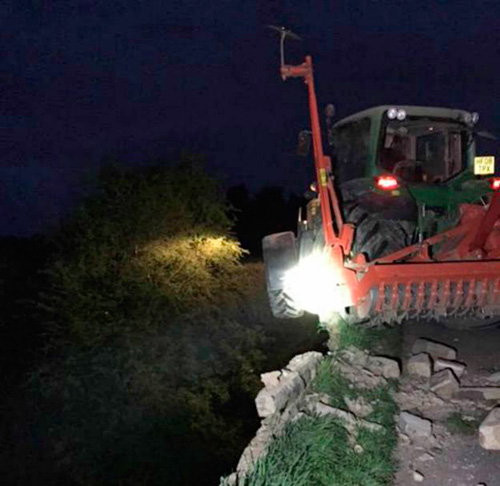 A Network Rail spokesman said: “There were some delays and cancellations to services between Cheltenham and Birmingham last Friday following an incident near Abbotswood.

“A stolen tractor hit and demolished the parapet above a railway bridge, causing debris to fall onto the track below.

“Following the incident, a train travelling from Cardiff to Birmingham New Street hit the debris at around 9.30pm. There were no injuries and the train was not derailed, but did sustain some damage.”

Both the line and the road were reopened at 12pm on Saturday (14 May).

West Mercia Police has appealed for help to trace the suspect seen fleeing from the tractor.

Anyone who may have witnessed the incident or have any information is urged to call West Mercia Police on 101 quoting incident number 773 of 13 May.