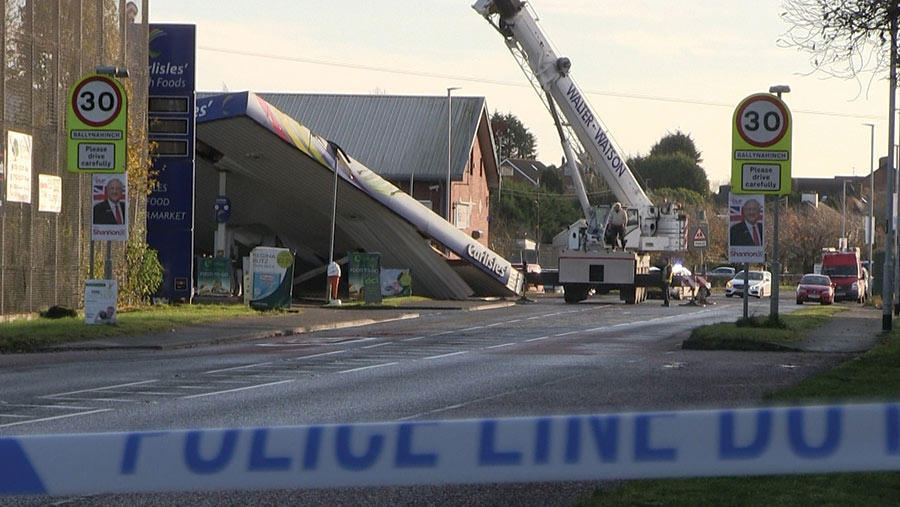 Brazen thieves stole a tractor and a low loader from a farm – and then used them in an attempt to rip an ATM off a wall.

The Massey Ferguson tractor and low loader was stolen from a farm in County Armagh, Northern Ireland.

Both farm vehicles were taken from a farm in Concession Road, Cullaville, sometime between 2.30pm on Friday 15 November and 2.40am on Saturday 16 November.

They were then used in an attack south of the border, 25 miles away in Dunleer, County Louth.

Police recovered the low loader at the scene and the Massey was found 20 miles north at Hackballscross. Both vehicles have been returned to their owner.

Officers from the Police Service of Northern Ireland (PSNI) have appealed for information.

In the second incident, thieves used a bulldozer to attempt to rip the cash machine from the wall of a petrol station in Belfast Road, Ballynahinch. A silver Volkswagen Passat with a trailer was also reported at the scene.

Det Insp Richard Thornton said: “ATM theft and attempted theft is not a victimless crime and these attacks cause untold loss and disruption to people and businesses, many of whom depend on their local ATM for access to cash.”

He urged farmers to stay vigilant and report any suspicious activity they see in their area.

Anyone with information on these attacks is urged to call PSNI on 101, or Crimestoppers anonymously on 0800 555 111.