A farmhand has been handed a suspended prison sentence for illegally driving a tractor while over the limit.

Owen Collinson took a McCormick tractor from his grandfather’s farm, in Carlin How, North Yorkshire, where he lived and worked, and went on a drunken joy ride.

Teesside Magistrates’ Court heard how the 19-year-old was pursued by police at about 11pm on 19 April following reports of two young men drink-driving in the Skelton area of North Yorkshire.

Mr Collinson, who was already banned from driving, was pursued by police at 25mph. After a five-mile chase, officers eventually caught up with him at the junction of Marske Road and the A174 road. 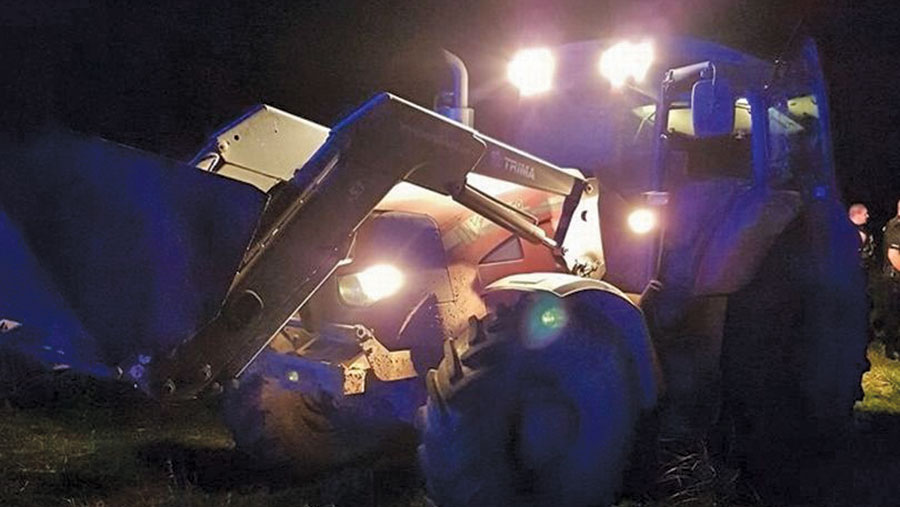 He fled the tractor on foot but was chased by officers who caught up with him on the Coast Road at Redcar.

Mr Collinson was arrested at the scene and charged with drink-driving, driving while disqualified, driving with no insurance and failing to stop for police. He later pleaded guilty to all four charges in court.

When he was breathalysed, his reading was 50 microgrammes of alcohol in 100 millilitres of breath – the legal limit is 35.

The court was told he had been drinking vodka and cans of beer before deciding to take a friend for a ride in the tractor.

Mr Collinson, of Brotton Road, Carlin How, was sentenced to eight weeks in prison, suspended for 12 months. He was banned from driving for 14 months and given a 20-day rehabilitation activity requirement. He was also ordered to pay £200 costs.

A 30-year-old man who was arrested at the scene was released without charge.