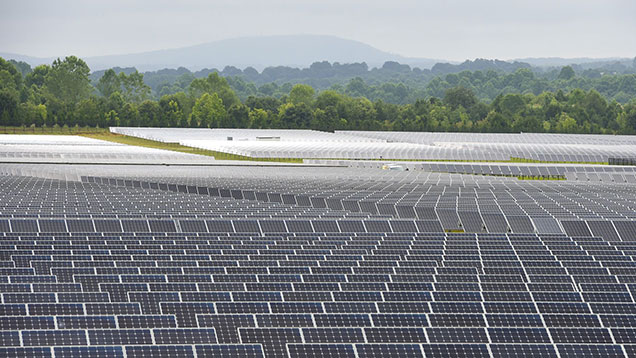 Up to 100 solar panels have been stolen in two overnight raids on a 45ha site in Derbyshire.

Thieves removed 14 solar panels from fields off the A515 Lichfield Road, at Aston House Farm, near Sudbury, overnight Tuesday 3 March.

In an earlier raid, 84 panels were stolen from another site in Lichfield Road between 6pm on Friday 27 February and 11.30am the next day.

The panels were 60cm x 90cm and, due to the quantity, would have required at least one vehicle to move from the location.

A sit-on roller was stolen from a third site, also in Lichfield Road, between 6pm on Tuesday, 13 January and 7am the following day.

The 20MW plant, which was constructed by Solarcentury, generates enough electricity to power 5,500 homes.

A spokesman for Solarcentury declined to comment on the thefts.

Meanwhile, Gloucestershire Police is appealing for information after several thousand pounds worth of solar panels were stolen from a farm in Cambridge.
The theft happened at the farm on Bristol Road between 9pm on Monday 9 March and 9am on Tuesday 10 March.
Thieves gained entry to the site by removing a stile and part of a fence. Once on the site the offenders have removed six or seven pallet-loads of solar panels from a solar panel farm worth several thousand pounds.
Police are warning the public not to buy these solar panels from vendors attempting to sell them door to door.

Witnesses or anyone with information on the thefts is urged to call 101 or Crimestoppers anonymously on 0800 555 111.