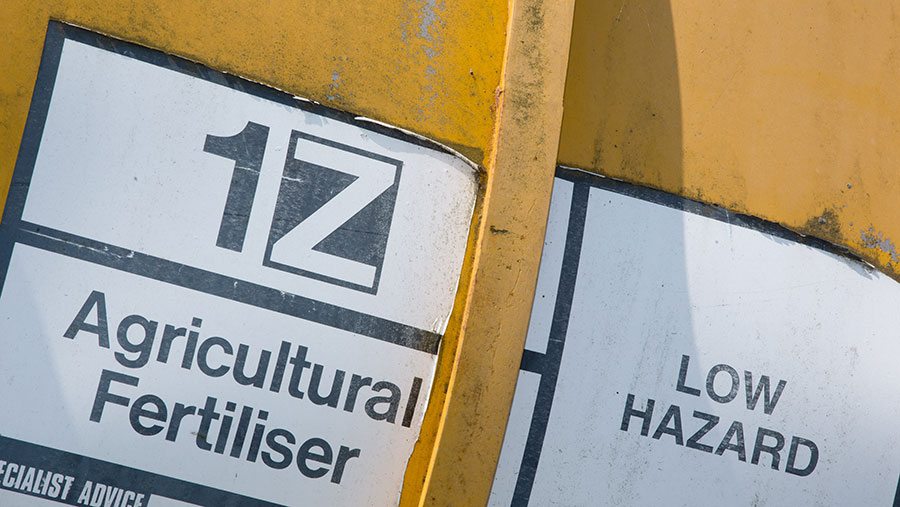 Police are appealing to farmers and the public for information after liquid fertiliser worth more than £8,000 has been stolen from a farm in Dorset.

Thieves gained access to a remote farm between Piddletrenthide and Plush some time between 31 March and 10 May.

They broke the lock on a large storage tank and took 12,000 litres of liquid fertiliser.

Dorset Police is now appealing for witnesses, or anyone who may have been offered the stolen fertiliser, to contact them.

PC Paul Miners, of Dorset Police’s rural crime team, said: “Such thefts have a big effect on our rural community and I am trying to progress my enquiries to identify those responsible.

Anyone with information is asked to contact Dorset Police by emailing 101@dorset.pnn.police.uk or by calling 101, quoting number 55220073911.

You can also contact Crimestoppers anonymously online or by calling freephone 0800 555 111.

Meanwhile, farmers in Leicestershire are being urged to step up security after thieves stole a large amount of agrochemicals from a farm in the Vale of Belvoir.

Had a report on our Rural Crime WhatsApp group last night about a theft involving Agri Chemicals, with a store on a local farm emptied of all new sealed products. Be alert #ruralcrime

James Goodson, of Castle View Farm, near Bottesford, said on Twitter he had received a report on his rural crime WhatsApp group about a theft involving agrochemicals.

Mr Goodson said the thieves knew what to take, leaving behind drums of liquid nutrients and other lower-value chemicals, such as growth regulator, and took herbicides and fungicides.