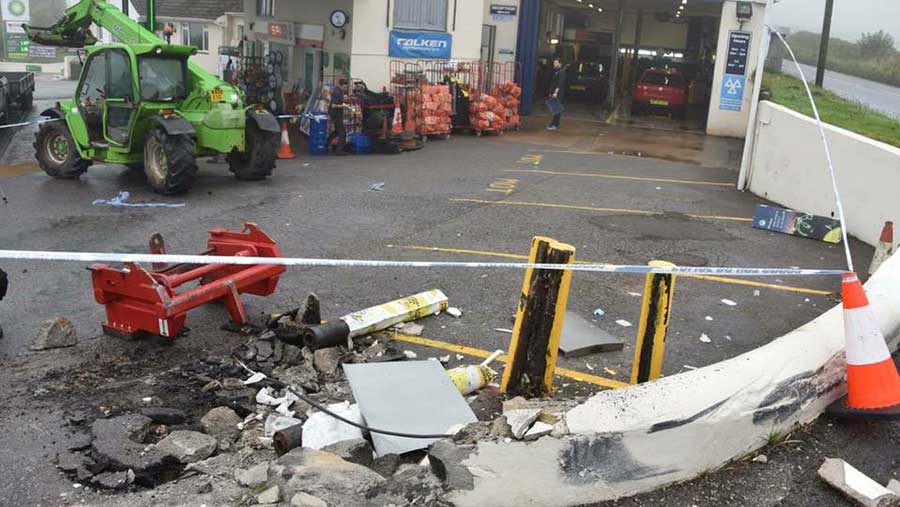 Brazen criminal gangs are stealing telehandlers from farms and using them to tear cash machines from walls.

Police in Devon have urged farmers to ramp up security after thieves stole a green Merlo telescopic handler from a farm near Halwell in South Hams last week to steal a cash machine from a petrol station in Totnes.

The offenders made off with thousands of pounds and caused serious damage.

Then on Thursday (25 August), thieves attempted to steal a second Merlo, from a farm near Kingsbridge. But the men were disturbed and fled the scene.

Devon and Cornwall Police said in a statement: “Police across South Hams wish to raise awareness regarding the possible theft and subsequent use of farming and agricultural vehicles in the targeting of cash machines, particularly at petrol stations during the night.”

In a direct appeal to farmers, officers said: “Please help spread the word and make sure efforts are made to better secure farming/building site machinery in order that these vehicles aren’t used to commit further crime.”

On 3 August, a gang used a telehandler to remove a cash machine so they could rip an ATM from a wall of a Nisa supermarket in Hatton, Derbyshire.

Last month, thieves stole a Bobcat Telemaster and used it to tear a cash machine from the wall of a Nationwide Bank branch in Ashby-de-la-Zouch, Leicestershire, causing extensive damage to the building.

They then loaded the cash machine on a pick-up truck and fled the scene.