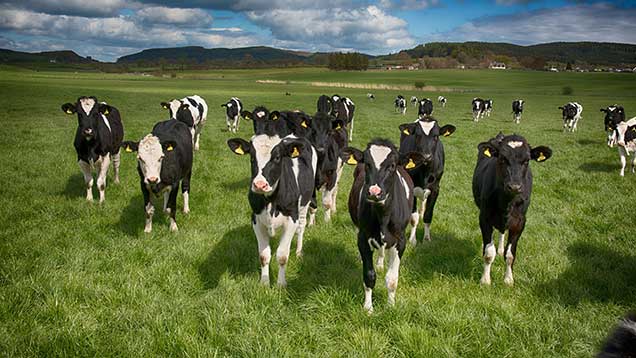 A police investigation is under way after three young cows died after eating poisonous tree cuttings illegally fly-tipped on a farm.

The three Friesians died after eating yew tree and leylandi branches dumped on a farm at Dolwen, near Colwyn Bay, north Wales.

I’m saddened today by the selfish act of someone who by saving a bit of money by not going to a legal skip, kills animals and hurts a farmer

He said: “I’m appalled that the selfish action of someone dumping their waste has killed three animals. We are investigating and will analyse CCTV footage.”

North Wales Police said illegal fly-tipping was a problem in the area and the force has appealed for help from the public to catch those responsible.

Sgt Taylor said officers were hunting a suspect in connection with the incident. He is described as male, aged 50-60, of heavy build, using a dark blue, two-door pickup-type vehicle, which was “slightly battered and old and may have had a silver stripe”.

Sgt Taylor said: “Apparently he has been dumping clippings during the past two weeks. He has to be living/working local to Colwyn Bay. Have you used someone recently?”

He appealed to the public for information to help catch the offender.

“This is a perfect example of how the police, press and our loyal twitter followers can catch an offender. This is detectable. Call 101.”