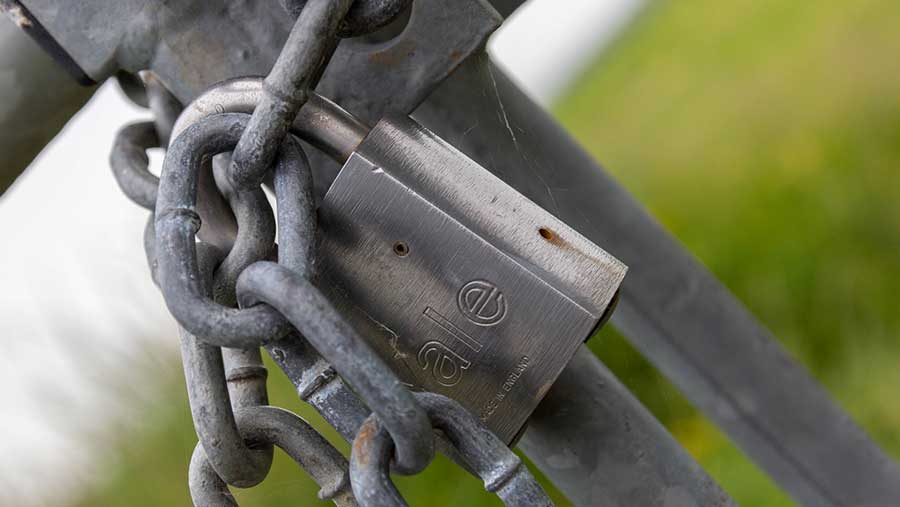 Three men from South Yorkshire have each been jailed for 21 months for a raid on a farm in the heart of the Yorkshire Dales.

Bradley Trevor Stevenson, Jordan Woolhouse and Aaron Craig Calladine – described by a Teesside Crown Court judge as part of a professional travelling crime gang – were stopped by police as they were driving towards Ingleton on the B6255 last October.

They were tracked down because their van had been spotted earlier with another van near Hawes, in Wensleydale – a recent farm burglary hot spot – by a suspicious local resident who reported it to police.

Barrister Victoria Lamballe, prosecuting at Teesside Crown Court, said a padlock found in the van had been forensically linked to a set of bolt croppers found at the scene of a burglary at the Dales farm, in which two quad bikes and electrical equipment had been taken from a shed.

The three men initially told police they were simply in the area for a recreational drive, but later admitted a joint charge of burglary.

In mitigation for Mr Stevenson, 22, of Sheffield, barrister Robert Mochrie said he had fallen in with the wrong crowd and had now moved away from the area where his old associates lived.

Mr Woolhouse, 24, of Rotherham, was said to have recognised the consequences of the crime and had demonstrated remorse.

And Mr Calladine, 20, of Rotherham, said he was not involved in the planning or organisation of the raid and had remained in the vehicle to act as a lookout.

Mr Calladine also pleaded guilty to a charge of escaping from police custody during his arrest.

Judge Sean Morris, however, declined pleas from the defendants’ barristers to let the men go free, imposing an immediate prison sentence. He said all three had “played the system”.

“You did not even have the guts to own up to this when the evidence was overwhelming,” he said.