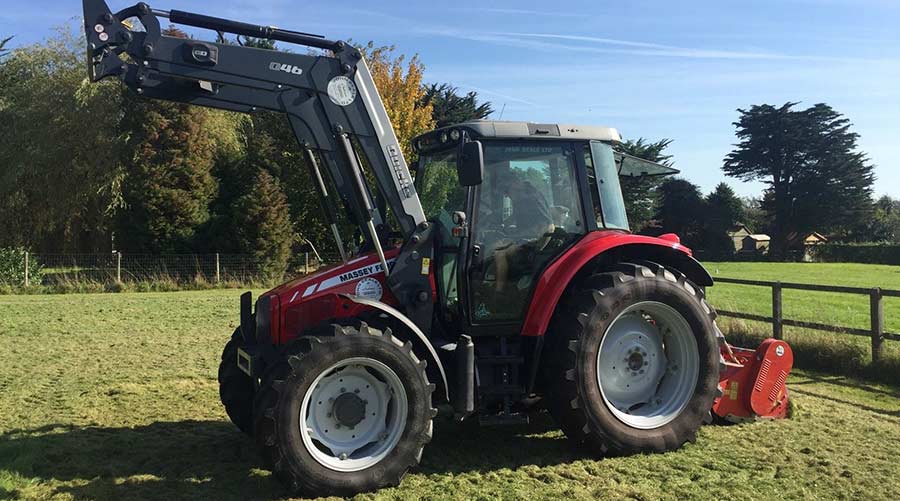 A landowner, whose tractor details were used as bait to scam farmers out of thousands of pounds, has helped one potential victim beat the fraudsters.

A photo of Andy Parks’ Massey Ferguson MF5455 with Quicke loader and bucket, appeared in fake adverts on Gumtree and eBay.

“I sold the tractor earlier this year, but the fraudsters copied my online photo and advert details,” said Mr Parks, a Hampshire-based smallholder.

The fraudsters then used the photo in their own fake advert with a much lower price to lure potential buyers.

Two farmers have since reported being taken in by the authenticity of the adverts and handed thousands of pounds to the bogus seller.

The first was beef farmer Douglas Ledger from Kent who parted with £10,800. The second, Iain MacFarlane in Inverness, was coerced into spending his life savings of £20,000.

Mr Parks explained that he was shocked when he became unwittingly involved when a third farmer responded to the fake advert.

Although the third farmer didn’t part with any cash, he was tempted by the tractor, which had just 450 hours on the clock and a price tag of £10,000.

However, efforts to contact the bogus seller to verify details failed as the phone number was no longer active.

Undaunted, he spotted in the photo that there was a dealer’s phone number on the loader and tractor. After phoning that, and with the dealer’s help, he contacted Mr Parks.

“When I got the call it was the first I knew anything was going on, involving my former tractor,” he told Farmers Weekly.

“I told the prospective purchaser the tractor had been sold to an exporter who sold it to a farmer in Ireland last December.”

Mr Parks offered to check on the whereabouts of the tractor to find out whether it was genuinely up for resale.

“I tracked it down to a farmer, Michael Hegarty, who confirmed the tractor was still safely stored on his farm in Ireland.

“I informed the potential buyer, who was hugely relieved to have narrowly avoided the scammer and to have kept hold of his cash,” Mr Parks added.

How to avoid becoming a victim of fraud

Action Fraud, the UK’s national reporting centre for fraud and online crime, has issued advice for farmers looking to buy machinery:
Buyers
•Try to avoid paying by money transfers – they aren’t secure.
•Be careful when using direct banking transactions to pay for goods. Make sure transactions are secure.
•Don’t send confidential personal or financial information by email.
•Use an online payment option such as PayPal, which helps to protect you. Be careful of clicking on links and make sure it is the genuine site.

Sellers
•Be wary of accepting payment by cheque. Even though it may clear, you are still liable if the cheque is forged or stolen.
•Never accept a cheque for a higher amount and refund the difference. This is a common fraud that only comes to light when the buyers’ cheque turns out to be stolen or forged.
•Protect yourself against shopping and auction fraud – make sure you have installed the latest software and app updates. Criminals use weaknesses in software to attack your devices and steal information, such as your payment details.
•Use a strong, separate password for your email account. Criminals can use your email to access other online accounts, such as those you use for online shopping.
•Don’t pay for goods or services by bank transfer unless you know and trust the person.
•Don’t click on a link in an unexpected email or text.

If you believe your business has been the victim of fraud or cybercrime, you should report this to Action Fraud on 0300 123 2040 (service available 24/7) or via the website.