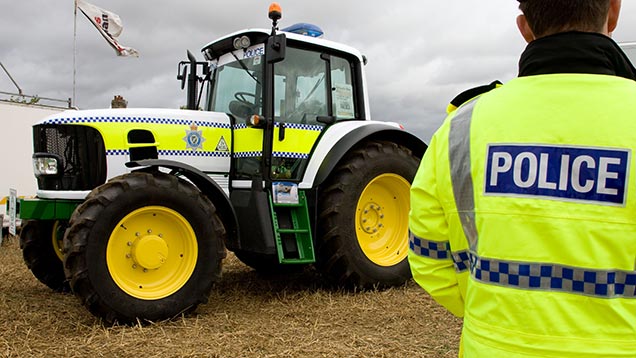 UK farms have seen a welcome fall in tractor thefts over the past 12 months, according to NFU Mutual.

Action taken by makers to increase tractor security, such as unique keys and the CESAR marking system, have thwarted thieves.

“We are hopeful that, when confirmed, 2014 rural crime figures will show that the cost of tractor theft has fallen by about one-third since the 2010 peak,” he added.

“It’s great news on tractors. It shows that the combined efforts of the industry are effective in beating rural crime.”

However, Mr Price said there was “no room for complacency” as criminals appeared to have turned their attentions to stealing retro tractors, which are not equipped with the latest security devices, and quad bikes.

“There’s still a lot of work that needs to be done to make quad bikes harder to steal and sell on,” he added.

Meanwhile, a new farmer-led crime initiative, launched by the NFU and Lancashire Constabulary last summer, appeared to be helping to reverse the rising rate of livestock theft in Lancashire.

Under the scheme, a farmer-support network has been set up, which allows farmers to record and exchange information on crimes. Police monitor the database for any criminal activities and use it to track down stolen machinery or livestock.

“The Lancashire project has the potential to be adopted in other livestock-rearing counties in the coming months,” said Mr Price.

NFU Mutual, which insures more than 70% of UK farmers, will release its official rural crime survey for 2014 in August. According to its 2013 survey, rural crime cost communities £44.5m.

* NFU Mutual will be sponsoring this year’s National Rural Crime Seminar, which takes place at the National Motorcycle Museum in the Midlands on 15 April.

Chief Constable Simon Prince, national policing lead for rural & wildlife crime, Dyfed Powys Police, said: “The rural crime seminar is a unique opportunity to bring together a range of people who can make a real difference to rural crime.

“NFU Mutual’s deep ties to the farming community in the UK give it a unique insight into the challenge of rural crime and we welcome their sponsorship of this year’s seminar.”