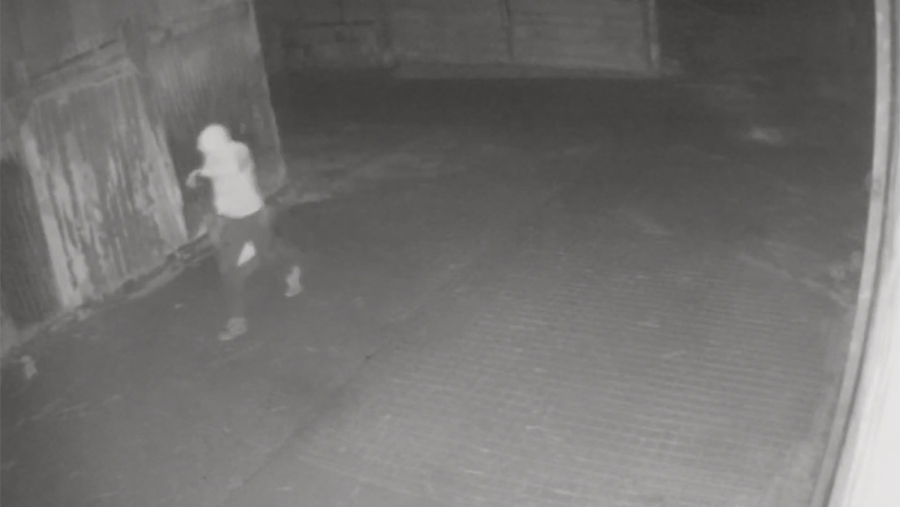 A rural thief has been caught on camera stealing red diesel from a tractor in Hertfordshire.

Hiding his face with his left arm, the hooded man approaches the shed where the tractor had been securely stored and siphons about 20 litres of red diesel from its fuel tank.

The farmer went to get in the tractor a few hours later and discovered a length of hosing resting in a nearby trough. He realised what had happened and called the police.

The theft happened at Woodoaks Farm, Maple Cross, between 5pm on Friday 18 October and 5am on Saturday 19 October.

Hertfordshire Constabulary have released CCTV footage of the offence as part of an appeal to the public to trace the offender.

PC Christian Gottmann, investigating, from the Rickmansworth and Croxley Green Safer Neighbourhood Team, said: “We appreciate you cannot see the man’s face in the footage due to the time it was captured. However, perhaps you recognise the style of his clothing or his gait?

“Crimes such as these deeply impact farmers’ livelihoods and we are committed to cracking down on rural crime.

“If you recognise the man in the footage, please get in touch as soon as possible.”

Anyone with information about this incident is urged to call Hertfordshire Constabulary on 101, quoting crime reference 41/94862/19.