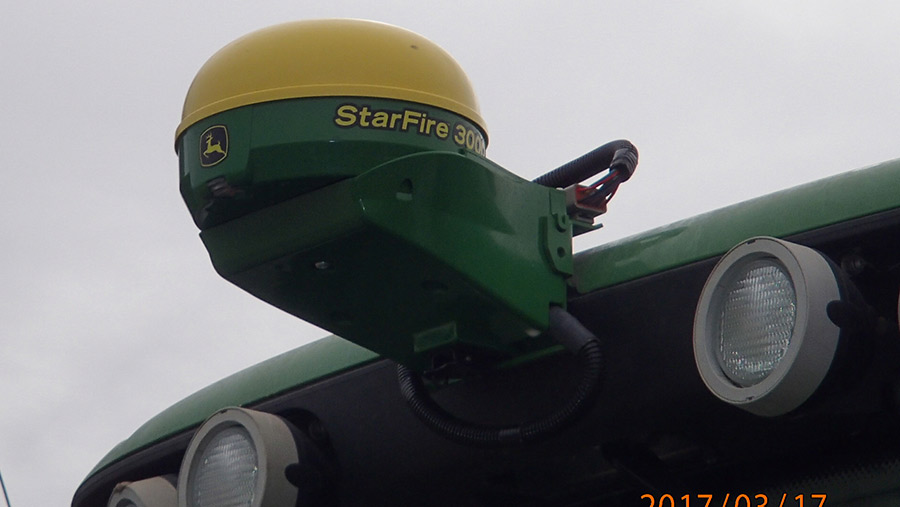 Police are warning farmers in East Anglia to be vigilant following a spate of satellite navigation system thefts from tractors and sprayers.

Officers in west Norfolk and neighbouring Cambridgeshire said several farm vehicles have been targeted and their GPS systems have been stolen in the past few weeks.

It is understood the thieves are monitoring farms for tractors fitted with domes on the top of their cabs – as this indicates a satnav will likely be inside.

In Cambridgeshire, rural crooks approached an isolated farm in Fenton Way, Chatteris, via the rear fields to avoid being caught on CCTV cameras and infrared beams.

The brazen thieves dug earth from the base of the farm barn and they entered the building and stole a GPS dome and screen from inside a crop sprayer. The theft took place sometime between 11 and 13 March.

Crime prevention officers from Norfolk Constabulary are advising agricultural workers to remove the dome from the top of the tractor as well as the screen inside.

Temporary Sgt Tom Metcalfe said: “Please remain vigilant – if you see any suspicious activity please call 999 in an emergency or 101 in a non-emergency.”

Andrew Blenkiron, estate director of the 440h Euston Estate, south of Thetford, has invested £5,000 in CCTV since his farm was targeted by thieves in 2015. The estate has not been targeted this time.

“Thieves are crafty. They find ways in, but at least the cameras offer an element of a deterrent,” he said. “We daren’t leave tractors in fields anymore. We always bring them back to the yard.”

An NFU East Anglia spokesman said: “These GPS systems are becoming as essential for farmers as car satnavs are for motorists and losing them, and the information they hold, can have a considerable effect on farm businesses.

“They can fetch thousands of pounds on the black market, with many of the stolen units likely to be smuggled abroad.

“Farmers should take these units out of tractors and other farm machinery each night. Don’t leave them in a locked cab, as these can be broken into. We would also ask farmers to consider using property marking kits as an added security measure.”

Anyone with any information should contact their local police station on 101 or call Crimestoppers anonymously on 0800 555 111.

Rural insurer NFU Mutual has seen a recent spike in the number of claims for tractor GPS computer system thefts.

“Compared with farm machinery, even though they have a relatively low price tag, the market is worldwide,” he added.

“GPS computer systems are a key part of modern farming, so it’s not only the cost, but also the disruption to business, that has a huge effect on farmers.”