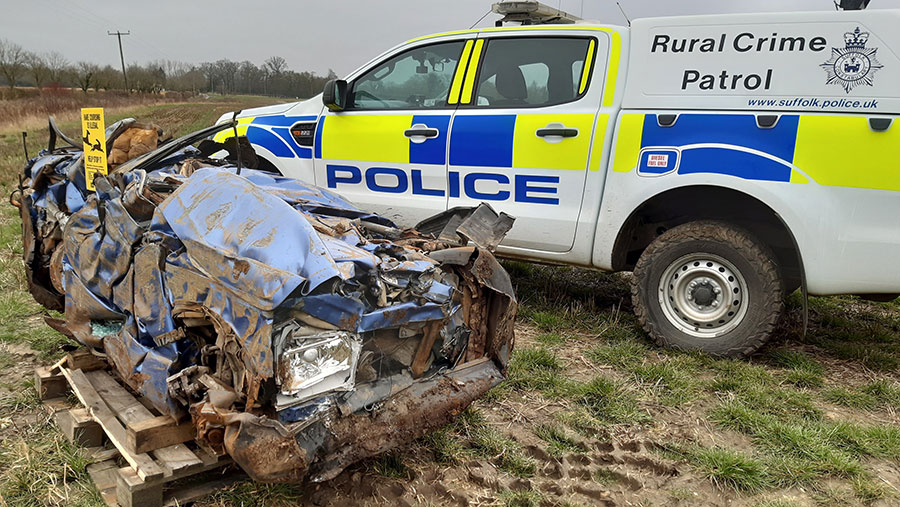 Police will push for cars to be crushed and the biggest fines for hare coursers caught on Suffolk farmland, in a bid to clampdown on the rural crime.

In a timely warning, Suffolk Constabulary has told criminals strong action will be taken to disrupt the illegal blood sport, of which 80 incidents have been reported in the county since September 2020.

But there is concern underreporting of the crime hides the true extent of hare coursing in rural Britain.

Police want farmers to report coursing so they can push for the toughest penalties.

The offence is illegal in the UK under the Hunting Act 2004 and legislation gives police the powers to seize and detain vehicles until the court hearing.

Powers to seize vehicles may also be granted under section 30 of the Game Act 1831.

Anyone convicted of hare coursing can receive a fine of up to £5,000 by a magistrates’ court and could have their vehicle crushed.

Sgt Brian Calver from the Suffolk Rural Crime and Wildlife Team said: “The crushed car in the photo, while not used in a hare coursing incident, does aim to demonstrate the consequences if you are caught and convicted of hare coursing, so let this be a warning to those who commit this crime.”

Farmers and landowners have until 31 March to complete a nationwide survey on hare coursing, with results used to help farm groups lobby for greater prosecution and sentencing powers.

The Yorkshire Agricultural Society (YAS) is hosting the survey, which is being supported by the Country Land and Business Association, National Farmers Union, the Countryside Alliance, the National Rural Crime Network and others.

Nigel Pulling, chief executive of YAS, said a “concerning picture” is emerging from the responses so far.

“Hare coursing is clearly proving costly for farm businesses, both in terms of physical damage caused to farms and the costs associated with bolstering security measures to deter criminals,” Mr Pulling said.

“High levels of intimidation are also being reported, which tells us there is a worrying emotional toll on farming families, too.

“Something that is particularly concerning is that many farmers report their land has been targeted numerous times over the past year, which goes to show this is a serious, reoccurring problem.

“Every response to the survey gives us more of the evidence we need to take our concerns about this horrific crime further and to make appropriate calls for changes to how hare coursing is tackled.”