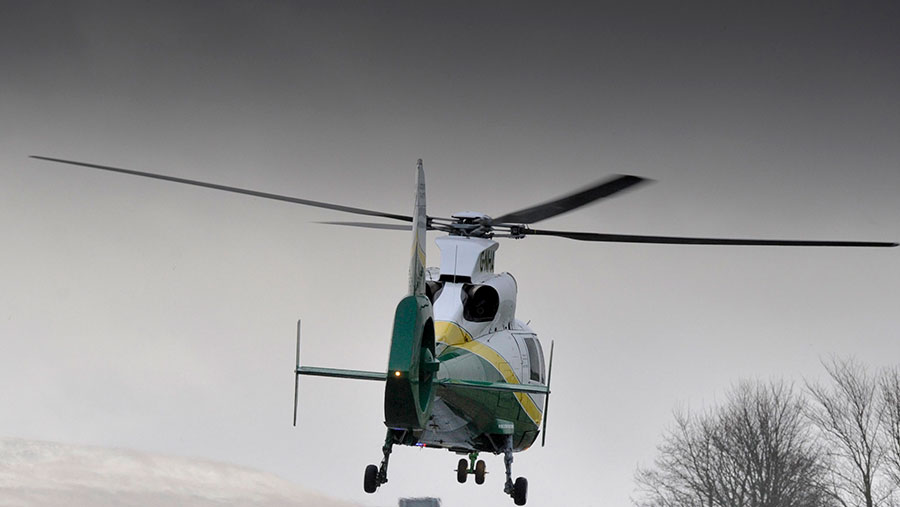 A woman was battered around the head with a piece of wood by rustlers she disturbed while trying to steal her sheep.

The victim was airlifted to hospital to receive treatment for head injuries she suffered in the attack on a farm in Picton, near Crathorne, North Yorkshire.

North Yorkshire Police are hunting two men over the incident, which happened shortly before 2pm on Monday (25 July).

Medics described her condition on arrival as “stable” and her injuries were not life threatening. It is understood she was later released from hospital.

In a statement, the air ambulance service said: “GNAAS were called to assist NEAS crew with a patient who had been assaulted with a large piece of wood after stopping two men from trying to steal her flock of sheep.

“The patient was assessed and treated on the scene by the GNNAS crew before being flown to James Cook University Hospital in Middlesbrough.”

A spokesman for North Yorkshire Police said: “Police were contacted at 1.25pm on Monday 25 July with reports of an assault on a woman near Picton, Yarm.

Witnesses or anyone with information on the attack is asked to contact North Yorkshire Police on 101 and speak to the force control room, quoting the reference NYP-25072016-0247.