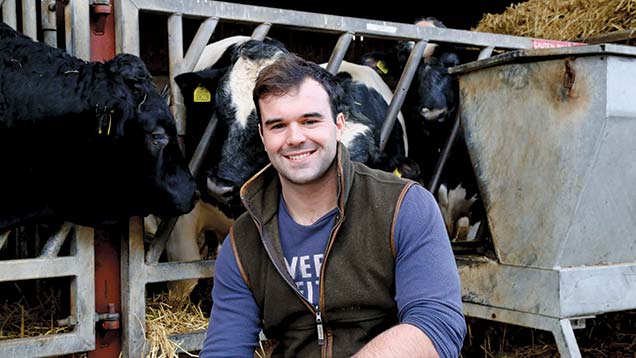 A student who asked strangers to help fund his entry into farming, has been offered a 240ha share-farming partnership and capital from an American farmer and London investor.

Fourth-year Harper Adams student Jack Stilwell used crowd-funding website Hubbub to ask strangers for £4,000 to help him become a beef farmer. After two months his “Get Jack Farming” page had raised £300, but the opportunities have since snowballed.

After the Hubbub campaign finished, Mr Stilwell, who is from Hampshire, was offered the full £4,000 by a technology businessman from Tennessee, USA.

The story struck a chord with the businessman because he had taken over a farm, with no previous farming experience, and was trying to get the enterprise up and running.

Mr Stilwell said: “In return he has asked that I share my experiences and expertise with him and that if I am successful, I help someone else in the same position in the future.”

After an article appeared in Farmers Weekly he was also contacted by a farmer in West Sussex who wanted to get cattle back on to his land.

“We are going to enter into a share-farming project, using my expertise, his land and machinery and a 50/50 share of the cattle. As a result, from next summer I will have an additional 240ha to farm,” said Mr Stilwell.

Further opportunity came in the form of a well-connected London venture capitalist with an interest in food, who offered Jack a one-year loan.

Mr Stilwell now plans to create beef products and use his story to help sell it. If the first year is successful, an equity share partnership with the investor may be on the cards.

He had used all of his money from previous summer jobs to buy 30 cross-bred beef cattle which are kept on 8ha of land. With the £300 raised through Hubbub, Mr Stilwell has bought three Aberdeen Angus and with the investment from the American farmer, plans to buy eight Herefords and rent a further 20ha.

Next year when he graduates, he will start his 240ha share-farming partnership, where he hopes to build the herd to about 200 Hereford and Aberdeen Angus cattle and start developing products with his London venture capitalist.

Mr Stilwell advises other wannabe entrants to not be afraid of failing. “Don’t listen to negativity and trust yourself and your own ability.” Watch this space.