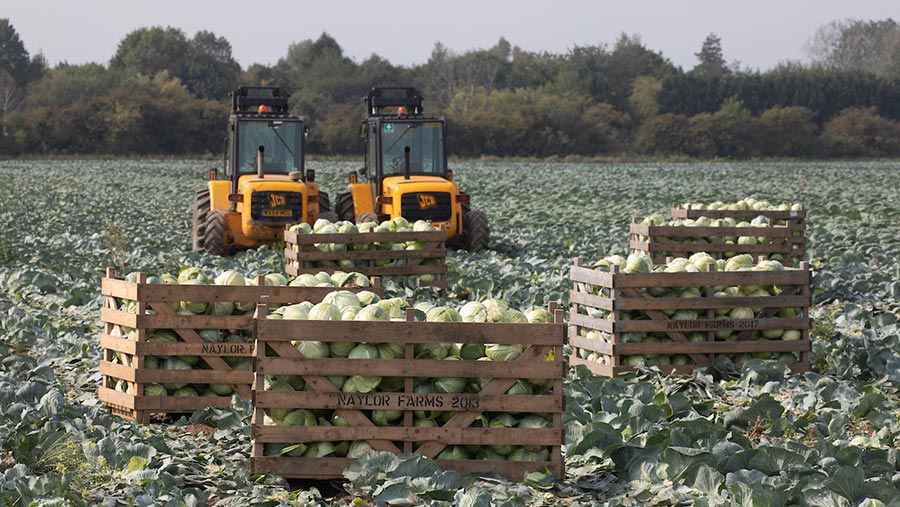 Ballot papers have been sent out to about 1,400 active horticulture levypayers as the AHDB seeks approval for its continued role in the sector.

The ballot was triggered when more than 5% of levypayers submitted a request for one last September, at the instigation of three disgruntled Lincolnshire growers – John Bratley, Simon Redden and Peter Thorold.

Previous research by the three growers had unveiled a significant level of dissatisfaction among horticulturalists and potato growers at both the level and method of levy collection and the way the funds were used.

Under the terms of the AHDB’s constitution, it was obliged to hold a ballot, which opened on Wednesday 13 January and runs until 10 February, with the results published on 17 February.

The question being asked is a simple yes/no as to whether horticulturalists want the levy to continue.

“It is vital that levypayers fully understand what their vote will mean,” said AHDB chairman Nicholas Saphir.

“A ‘yes’ vote is a vote for the reforms proposed in AHDB’s change and strategy document and a ‘no’ vote could see the end of a statutory levy.

“At a time of immense change, the loss of a central organisation that invests in applied research for the benefit of all would be a considerable loss to industry.”

But Lincolnshire grower Mr Redden said the ballot gave the sector a chance to make it’s true feelings known, as the original Defra consultation into the AHDB had only attracted responses – albeit favourable ones – from less than 0.5% of all levypayers.

While the so-called “rebels” had originally wanted to see a voluntary levy introduced, this option had been denied, so he predicted “heavy support” for abolishment of the horticulture levy.

“But even if we do get a ‘no’ vote, the Defra secretary has the final say on whether he allows it to be abolished or to carry on,” Mr Redden added. “But if growers are not supporting it, it is doomed to failure.”

Mr Redden added that, in 2015, the Dutch had got rid of their levy body, “which was acting in the same bureaucratic manner and spending money like it was going out of fashion”.

“Yet they are still deemed to be the best in the world and the commercial market there is already doing more than AHDB is.”