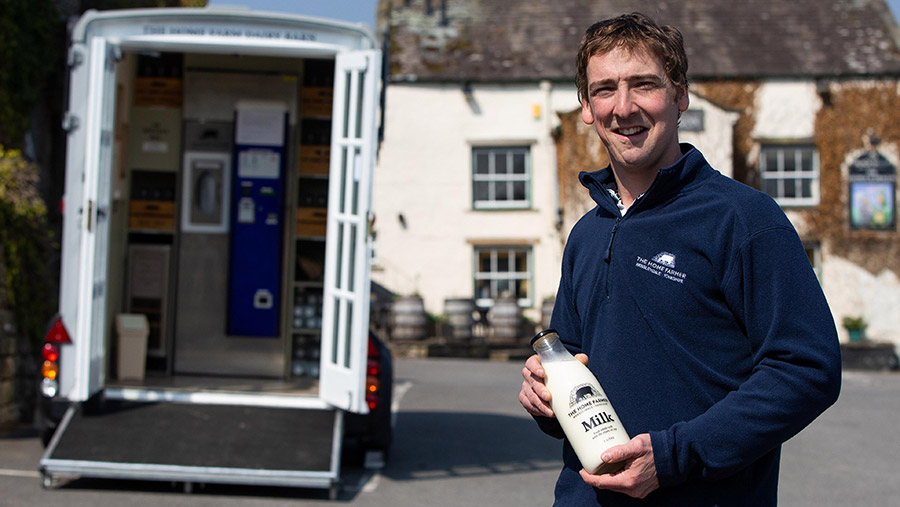 An ingenuitive Yorkshire dairy producer has taken his fresh milk and cheese on the road, to add value to his produce and differentiate from supermarket offerings.

Based in Aysgarth, North Yorkshire, the Spence’s milk is lightly pasteurised and sold in glass bottles for £1/litre across the villages of Wensleydale.

The company was conceived to develop an honest brand with 100% traceability, according to Ben.

“All the locals know where our milk comes from; it’s fresh from the cows down the road and in the tank within 48 hours.

“It’s about trying to distinguish our milk from the supermarket milk,” Mr Spence said. 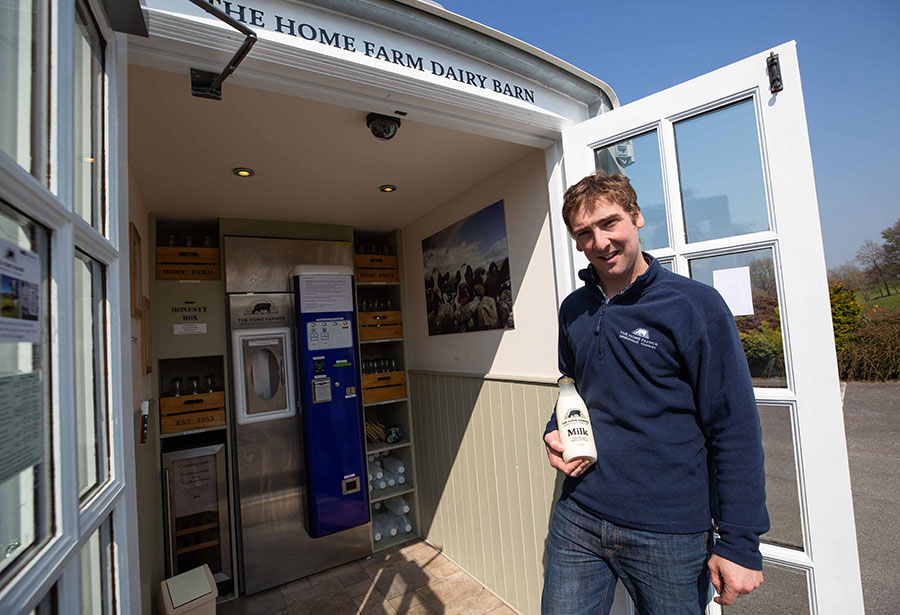 “Our milk is gently pasteurised to retain as much of the flavour of raw milk as we possibly can.

“The cream will still settle on the top and people seem to like the taste because it’s a lot fresher and nicer.

“We wanted it to be as close to fresh from the cow as possible.”

The 31-year-old dairy farmer added he had been surprised by the level of interest shown by customers.

“It must be going down well because we keep selling out,” he said.

The success of the trailer has allowed the farm to develop its own brand of raw cheese that will be launched in the coming weeks.