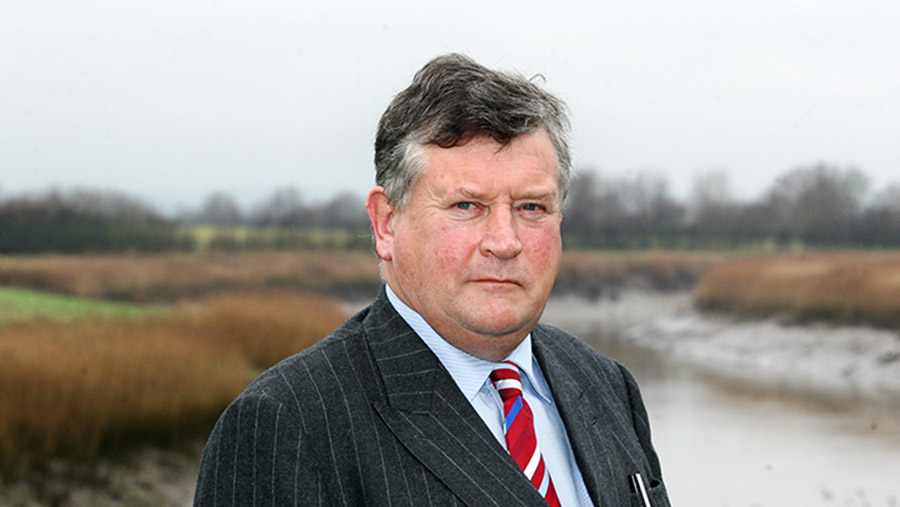 A farmer was crushed to death against a gate by his JCB after his dog knocked a lever within the cab, an inquest heard.

Derek Mead, 70, left the JCB loader in neutral with the engine running and the handbrake off while he was building a rockery on 4 June 2017.

Avon Coroner’s Court heard that he left his pet Jack Russell in the vehicle and the dog knocked the direction shuttle which started the machine moving.

Father-of-three Mr Mead was crushed against the gate and suffered a fractured vertebrae and traumatic asphyxia.

His son Alistair found him trapped and unresponsive. Paramedics attended the farm in Puxton, Weston-super-Mare, but Mr Mead died at the scene.

Simon Chilcott, a health and safety inspector, told the court that it would be impossible for someone to knock the lever while climbing out without realising.

“Whether the dog has put its paws on the door to wait – or been jumping up to see where its master has gone – he has most likely collided with the lever,” Mr Chilcott said.

“Operating the lever is no more difficult than changing an indicator stick on your car.”

Assistant coroner Dr Peter Harrowing agreed that this was the most likely explanation for the incident and gave the conclusion of accidental death.

In a statement the Mead family said: “As a family we have been processing the tragic and sudden loss of our father.

“It has been a very difficult time for us and for all of those who knew our father well.

“Whilst we grieve for the loss of our dad, grandfather and friend, we celebrate everything that he has achieved and focus on continuing his legacy.

“We want to express our deepest gratitude for the support and all the kind wishes we have received during this difficult time from so many that Dad reached out to.

“We thank you for continuing to respect our privacy as we, as a family, continue to grieve.”

Mr Mead was a leading businessman and major landowner, farming around 3,000 acres in north Somerset, and also owned racehorses.

He owned an organic dairy farm in Hewish and was the managing director of Mead Realisations, which owns Puxton Park.

He also owned the Sedgemoor Auction Centre, one of the largest livestock markets in the country, at junction 24 of the M5.

Speaking at the time of the incident, Robert Venner, managing partner of Sedgemoor Auction Centre, said: “Derek was a driven man who was totally committed and passionate about British agriculture.

“He always had the best interests of West Country and British farmers at heart.

“He will be sorely missed.”

Mr Mead was a long-term member of the NFU and in February 2010 challenged Peter Kendall for the presidency.

Mr Mead later resigned from the NFU, saying the union was failing to support dairy farmers.

NFU Somerset county chairman James Small paid tribute to Mr Mead, who he described as an “incredible person, who had achieved so much with his life” and “an incredible advocate of British farming”.

Devon farmer Richard Haddock, a close friend, said: “Derek was one of those people the farming industry never honoured.

“He was way ahead of his time with the things he did. It’s a big shock. He will be sorely missed.

“He has left a fantastic legacy – not just for the West Country, but for the whole of British agriculture.”