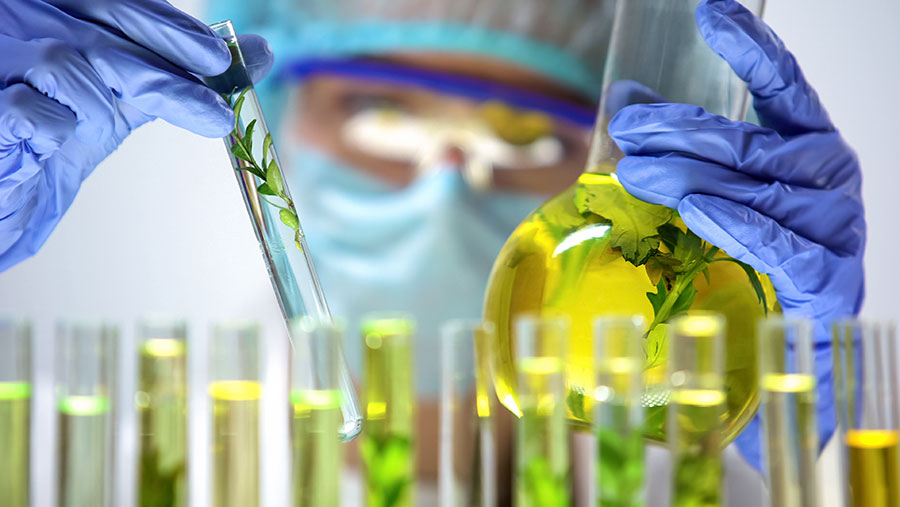 Gene editing could soon become a standard part of plant and animal breeding in England, as Defra seeks to move away from European Union restrictions that treat the technique the same as genetic modification.

“Gene editing has the ability to harness the genetic resources that Mother Nature has provided, in order to tackle the challenges of our age,” he will say.

“This includes breeding crops that perform better, reducing costs to farmers and impacts on the environment.”

Having left the EU, he will say the government is now “free to make coherent policy decisions based on science and evidence… beginning with this consultation”.

Unlike genetic modification, gene-edited organisms do not contain DNA from different species, Mr Eustice will explain. They only involve changes that could have been made using traditional breeding methods.

Adopting gene editing more widely will speed up the process considerably, enabling plant and animal breeders to deliver varieties and breeds that could help the UK reach vital climate and biodiversity goals in a safe and sustainable way.

Defra insists that robust controls will still have to be in place to regulate the licensing of gene-edited food.

It is therefore seeking input from academia, environmental groups, the food and farming sectors and the public through the consultation, which will run to 17 March.

Aside from gene editing, the consultation will also begin a longer-term project seeking to update the UK’s approach to genetic modification.

Some environmental groups oppose gene editing, arguing that it is risky and may result in surprise consequences for people and the planet.

But Julian Sturdy MP, chairman of the All-Party Parliamentary Group on Science and Technology in Agriculture, hailed the Defra consultation as a “watershed moment” for genetic research and innovation, bringing our rules into line with other countries around the world.

“The proposals in this consultation will give a much-needed boost to prospects for genetic research and innovation of benefit to farmers here and in less-developed parts of the world,” he said.