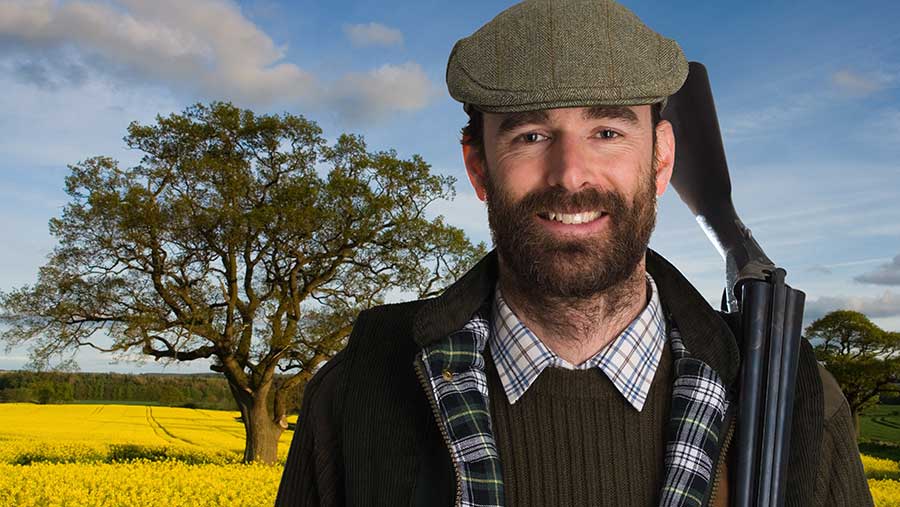 Farming must shed its “tweedy image” to attract the best talent from outside the industry, the first female head of the Royal Agricultural University has warned.

Vice-chancellor Joanna Price said agriculture needed the “brightest minds” as the sector faced Brexit – its greatest challenge since the end of the Second World War.

“We have an image of being populated by men wearing tweed jackets with leather patches and yellow cords,” she told The Times.

See also: A beginner’s guide to a career in farming

“Hopefully, having a face like mine at the university will change that.”

It is widely recognised within the sector that agriculture needs to be seen as a career of choice if the best new entrants are to be attracted into the industry.

Many farmers nearing retirement age struggle to find a successor.

Based at Cirencester and founded in 1845, the Royal Agricultural University is the UK’s oldest agricultural college.

Professor Price said encouraging farmers and estate managers from diverse backgrounds was the only way to navigate the uncertainties of Brexit.

Prof Price’s comments met a mixed reaction from the farming community when The Times article was posted on social media.

Don't think tweed and what we wear is Agricultural biggest problem.

He added: “Of course education is important, but I think we need to reconnect with our customers too.”

Lincolnshire grower Andrew Ward said the biggest problem was educating the public to help them realise farmers care for the environment, nature and safe food production.

Sorry but disagree, biggest problem is educating the public to help them realise we care for the environment, nature & safe food production.

Seed trader Nick Rodgers said: “Farming has been trying to educate the public for as long as I have been in the seed trade and we must keep trying.”

Former student Rachel Addyman said: “It’s probably an edited version of her interview, but if she’s just going on what her students wear she’s pretty shallow.”

But Harper Adams graduate and rural business adviser Andrew Booton said: “Ignoring the tweed metaphor, she’s correct. The estate management industry is set in its ways, doesn’t generally like non-traditional routes in and is very homogeneous.”

Agronomist Peter Lowth the university needed to look at its own image first.

I think the Royal has its own image to shed first!….speaking as an ex student.