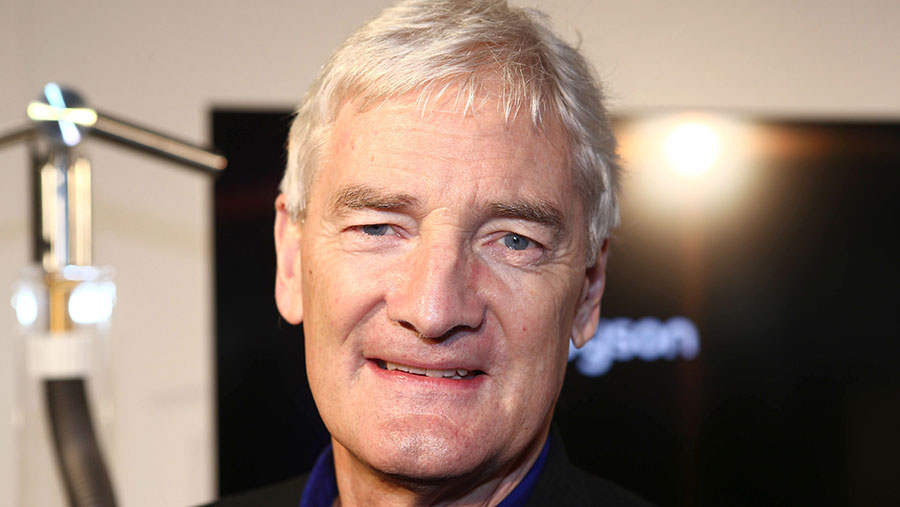 Landowner, inventor and entrepreneur James Dyson has launched a strong defence of the farm subsidies he receives, countering suggestions he does not deserve them because he is already wealthy.

The claims were made in a recent article in the Spectator magazine, which praised Defra’s plans to start capping subsidies to larger farmers.

“Welcome news was that UK farm subsidies in future will no longer be paid in proportion to size – a system that absurdly favours wealthy landowners, such as the Duke of Westminster and Sir James Dyson… without encouraging better practice,” it said.

But in a letter to the Spectator, Sir James, who is frequently cited as being the biggest private recipients of taxpayer support under the Basic Payment Scheme with receipts of £1.6m last year, described the comments as “unhelpful” and “inaccurate”.

According to Sir James, his family farming business Beeswax Dyson Farming operates over some 13,355ha, mostly in Lincolnshire, and has invested £75m in technology, training, soil improvement and environmental stewardship over the past five years.

“Subsidies we receive go directly into the activities that they are designed to support, but are dwarfed by our own investments,” he said.

“If Britain wants an internationally competitive agricultural sector, rather than a domestic theme park, we must encourage investment and stewardship.”

Removing subsidies from efficient farms simply because they are large would remove their incentive to invest at scale, Sir James added.

“This will hurt the farming industry and the British economy as we become increasingly uncompetitive against our EU counterparts.”

According to Sir James, big, well run farms are good for consumers, for jobs and the countryside. “They should be encouraged just as much as smaller farms.”

Agronomist Graeme Skinner challenged the idea that taxpayers’ money should be used to fund private investment, while sheep farmer Derek Gow questioned the impact that subsidies to large farming companies had on land prices.

If the substantial investment in Beeswax was purely based potential return on farming that land, that's one thing, But you can't ask average tax payer to fund a tax break, they won't except that.

Well it's a point of view. Constantly amazed by how poor a grip subsidy advocates have. On Bodmin land that can produce nothing is changing hands at 10k an acre as large unproductive farming businesses bloated by past subsidies battle to get more. No curlews no lapwings no life

Adviser Matthew Price suggested profits, not subsidies, should be the main drive of investment.

If subsidies are the reason for investing thats indicative of real problems . Profits should be the motivator for investors…and if we are not profitable then we equally have real problems.

The irony. Bearing in mind orthodox position of all UK governments on CAP that I’ve known (smaller budget, end direct payments, move what’s left to P2) not only capping but end to DPs is an inevitable consequence of Brexit.