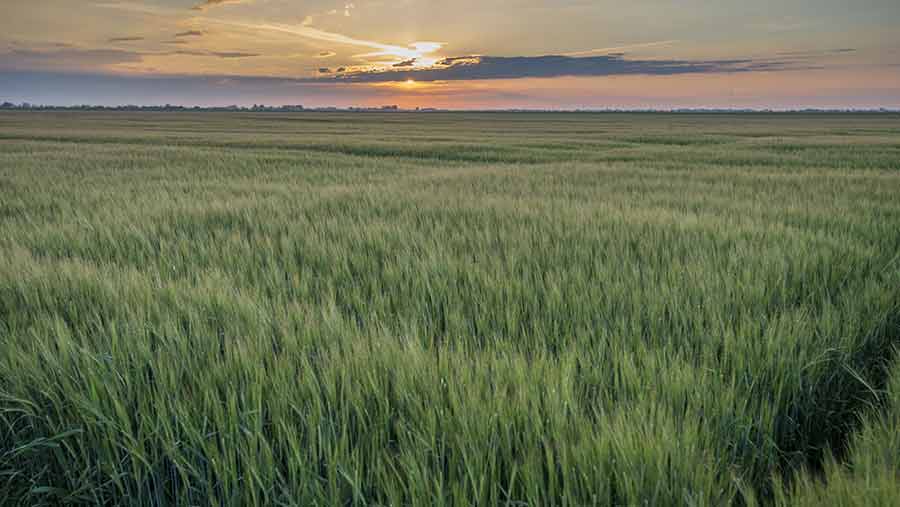 Major damage will be caused to some of the country’s most productive farmland by plans to sink more than 35 miles of electric cabling in Lincolnshire, the NFU has said.

The Triton Knoll offshore wind farm project involves laying six cable ducts over a 60m width along grade 1, 2 and 3a land between Anderby and Bicker Fen in the east of the county.

The works are needed to transmit the electricity generated by the consented Triton Knoll offshore wind farm off the east coast to the National Grid.

Ducts will be buried below the depth of most agricultural operations, but farmers are concerned their land drainage and soils will be permanently affected by the development.

Sinking the ducts threatened to damage a network of clay or plastic land drains laid in parallel every 20m or so across field at depths of up to 1.8m along the proposed route.

It is believed that some 200 landowners could be affected by the plan.

“These drainage systems prevent water pooling in fields and increase the productive capacity of the agriculture in the area enormously,” said Mr Tame in an NFU written response to the plan.

Given the length of the route and its location, the NFU suggests it is possible that laying the cable ducts will slice through an estimated 3,000 land drains in six places.

“It is a drainage rule of thumb that with a major pipeline, one in every six land drains does not work after the soil is replaced around the pipe.

“Applying this rule of thumb to this cable-duct route, every land drain could be affected along the route of the cable duct.

“This will not just affect the 60m width of course, but potentially the whole field where the cable duct goes through and therefore every arable field along the route.”

The company behind the project, RWE Innogy, said its proposed cable route had taken into account factors such as drainage systems.

The proposals also considered engineering feasibility, impacts on ecology and protected species, archaeology and the location of other utilities, it said.

The company did not anticipate any problems with farmland drainage due to cable work and would pay if any damage was caused, an RWE Innogy spokesman told the BBC.