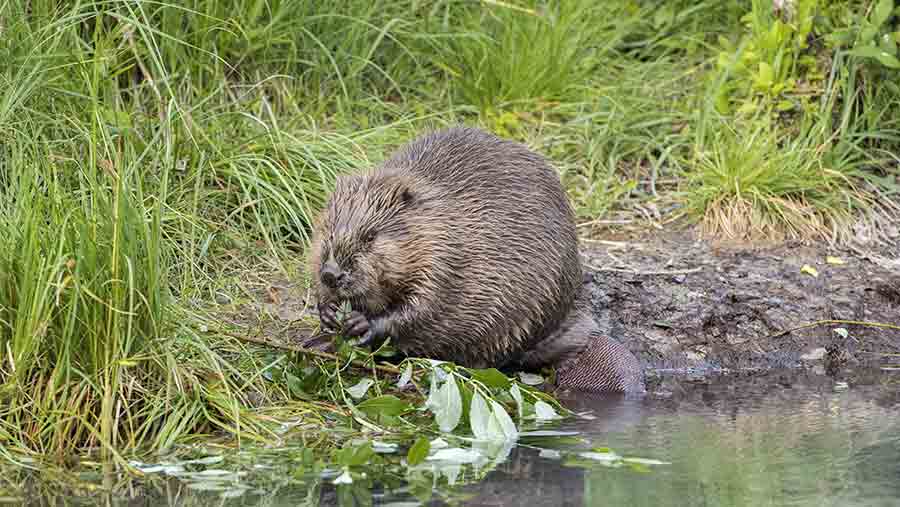 Scottish farm leaders are insisting on a proper management regime to control the impact of beavers, following the government’s decision to give the species legal protection and allow the population to grow.

Beavers were reintroduced into Knapdale forest, Argyll, in 2009, using stock imported from Norway. Numbers have since expanded and a further population has been discovered in Tayside as a result of an illegal release.

There are no official figures on the actual numbers that have now established themselves in the wild, though estimates suggest there may be several hundred.

Scottish environment secretary Roseanna Cunningham announced on Thursday (24 November) that the beavers should be allowed to remain and would be added to the list of protected species, though with a proper management programme.

“I have been determined to find a pragmatic approach, which balances the biodiversity benefits of reintroducing beavers with the obvious need to limit difficulties for our farmers,” she said.

The need for proper management has been stressed by NFU Scotland, which has already witnessed some of the damage that beavers can cause to agricultural land and food production.

According to deputy policy director Andrew Bauer, this can include flood damage, especially on flat land, as beavers block rivers and ditches and the water flows over on to farmland.

“I was also on a farm recently where they had burrowed into the riverbanks, right up to stock fencing five metres from the water’s edge, causing the ground to collapse,” he added.

“They can also burrow into flood banks, creating holes almost a metre wide. And they tunnel under fields, coming up to the surface to create breathing holes. It is easy for cattle to trip into these holes and break a leg.”

To counter these concerns, NFU Scotland, together with other land management and environmental organisations, has made a number of recommendations for an appropriate management regime.

“We want something that is flexible and adaptable to a range of situations,” said Mr Bauer.

“This might include flow control devices on dams to prevent excessive water build-up, though they must mask the sound of running water, as this stimulates the beavers to build dams.”

Other things could include applying repellent paint to certain trees, or using special fencing to prevent burrowing.

The next stage might involve non-lethal control – moving animals to more appropriate sites – but ultimately lethal control might prove necessary.

The need for proper management has also been recognised by the Scottish Wildlife Trust and the Royal Zoological Society of Scotland, which want a scheme in place ahead of the next breeding season in March.

“We also feel strongly that further release sites will need to be considered in the short- to medium-term if the species is to fully re-establish itself as part of the Scottish landscape.”