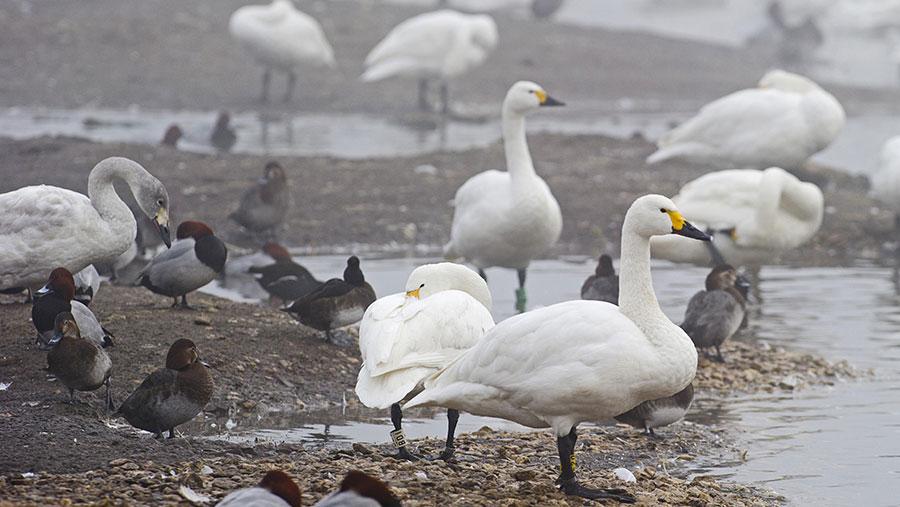 Poultry producers have criticised a major wildfowl attraction for remaining open to the public following a spate of bird flu outbreaks.

The trust has confirmed four cases of the H5N8 bird flu strain were found in dead birds at its Slimbridge reserve during December.

It comes as Defra confirmed an outbreak of H5N8 avian flu in a flock of turkeys at a farm in East Lindsey, Lincolnshire.

This is the same strain found in backyard flocks in Carmarthenshire, and in North Yorkshire – as well as at a different turkey farm in Lincolnshire in December.

Measures to combat the disease mean all free-range birds must be housed and a prevention zone declared by Defra is due to in place until 28 February 2017.

Mr Priestner said: “When we say all free-range birds have been housed, that is just one of a multitude of measures.”

He added: “There are no bird gatherings, there is much increased biosecurity and we are meant to stop people going on to farms.”

It was therefore surprising that the WWT had decided its SWC would remain open, said Mr Priestner.

But the WWT said the four cases of avian flu at Slimbridge did not mean its centres were a “source of the disease, just that it is passing through”.

People likely to go near poultry or other captive birds might wish to consider delaying visiting the wetland centre until bird flu had subsided, it said.

But the trust’s wetland centres would remain open – like all other parks, lakes and reserves where wild birds congregated.

“Wild birds fly over any boundaries and the animal and public health authorities agree it is futile to try and close the whole countryside,” it said.

The trust said it was raising awareness among visitors so it could make people outside the poultry industry aware first hand of the seriousness of the national situation.

“Everyone can help bird keepers by avoiding transporting bird poo on their clothes, hands or equipment,” it said.

The trust added: “Unlike most other countryside spots, we have disinfectant mats at entrances and exits, information sheets for visitors and hand disinfectants.

“A range of other measures include vehicle movements on and off reserves being restricted and equipment being sprayed down.”