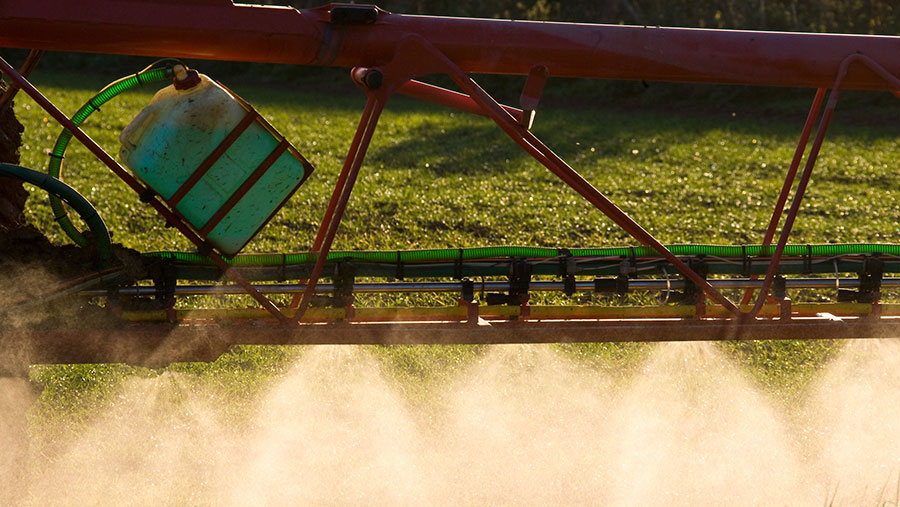 A massive seizure of fake pesticides, which could spray an area the size of the UK, has been carried out by law enforcement agencies.

Some 360t of illegal or counterfeit pesticides were seized across Europe in an annual operation carried out by Europol with the support of the European Anti-Fraud Office.

Details of the third annual Operation Silver Axe, which saw checks carried out over 20 days in April and May at seaports, airports, land borders, as well as production and repacking facilities, have just been revealed.

See also: 8 checks to ensure your pesticide is not fake

The checks took place in 27 EU countries, including the UK and Ireland.

#OpSilverAxe: Police are aiming the axe at fake pesticides. 360 tonnes of illegal or counterfeit pesticides seized in latest operation coordinated by Europol across 27 countries https://t.co/JvTZF2b4Ho pic.twitter.com/Hr1WSZlfiU

Last year, a report by the EU’s Intellectual Property Office (EUIPO) showed 13.8% of legitimate revenues are lost each year because of counterfeit pesticides in the EU

The production of fake pesticides costs EU businesses about €1.3bn (£1.1bn) each year in lost revenue, including £65m in the UK and 200 jobs.

Graeme Taylor, director of public affairs for the European Crop Protection Association, said: “While the number of legitimate pesticides on the market falls, criminals continue to profit from the sale of an increasing quantity of counterfeit and illegal pesticides.

“Recent EU reports estimate the amount of counterfeit and illegal pesticides on the market to be about 14% – this would make it the same size as the fourth-largest company in the industry.

“Governments, transporters, farmers, manufacturers, retailers and food companies all have to work together to combat this growing problem.”

Pesticides are one of the most regulated products in the world today, and can only be traded and used in the EU if the products are proven safe and authorised.