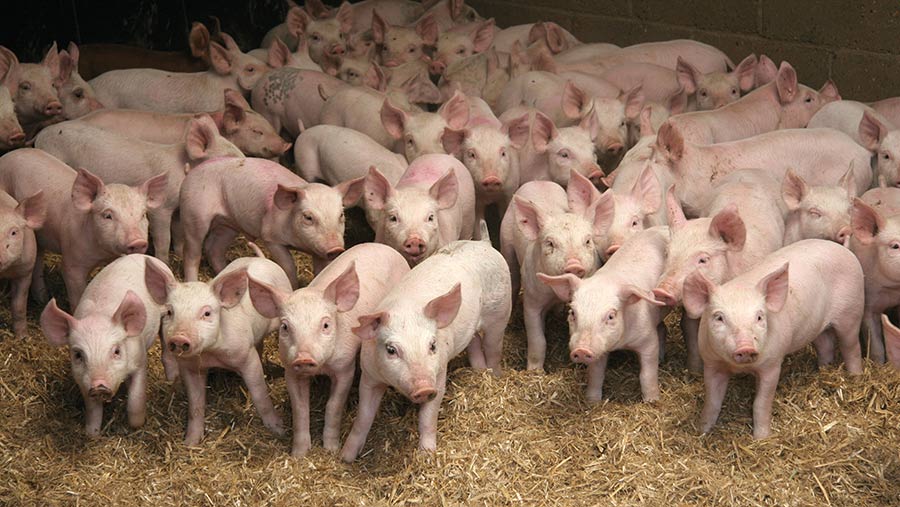 Defra secretary George Eustice has blamed the huge backlog of pigs on farm that has led to mass culling on processors for not taking up government schemes to recruit more labour.

Speaking at an NFU food security summit in London on Tuesday 14 December, Mr Eustice claimed the UK’s large processors had not used the skilled worker visa to recruit butchers from abroad.

“I had a number of abattoirs say to me ‘well we can’t get anyone because they haven’t got the right language skills’,” Mr Eustice said.

Mr Eustice said abattoirs also needed to use the temporary visa scheme, which was announced in October.

But the government support has been criticised following reports less than 100 of the 800 visas made available will be taken up before Christmas.

“The concern that we have is for the independents. These people are small family businesses in the main and they are haemorrhaging cash right now, ” Dr Davies said.

“The banks are starting to get twitchy. They are in debt with their feed companies because feed prices are so high.”

Nick Allen, chief executive of the British Meat Processors Association, said abattoirs had been recruiting butchers through the skilled worker visas for some time, but it was a “bureaucratic nightmare”.

“Kevin Foster of the Home Office was saying in the Efra committee it is not that high [the level of English required], we would disagree and say it is excessively high,” he added.