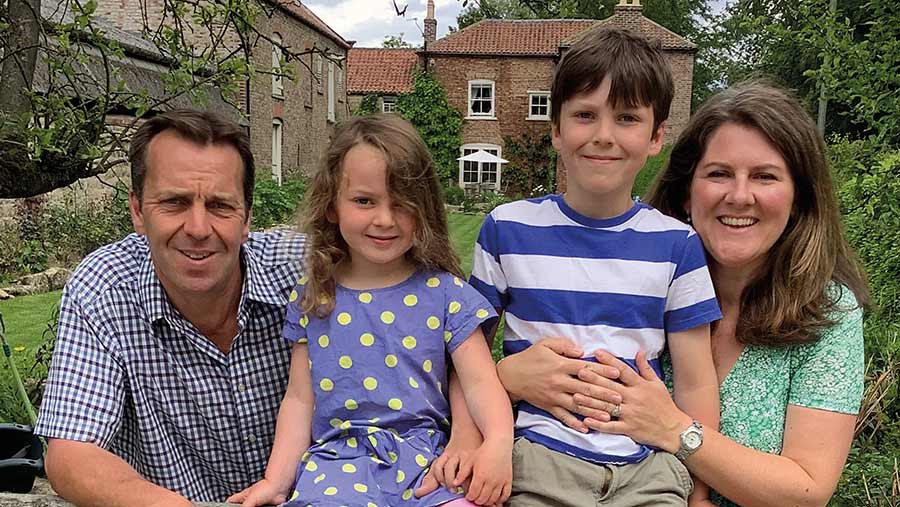 A North Yorkshire farming family has launched a campaign to prevent almost half of its tenanted farm from being lost to a massive solar energy scheme planned for the area.

Robert and Emma Sturdy are the third generation to farm the 113ha Eden Farm, Old Malton, where they grow cereals and rear dairy calves for breeding stock.

A consultation to build a 75ha solar farm was launched earlier this week by developers Harmony Energy, with the intention to submit a full planning application to Ryedale District Council towards the end of July.

The proposed development, created in co-operation with landowner the Fitzwilliam Trust Corporation, would see the installation of 90,000 solar photovoltaic panels, providing energy for 14,000 local homes, together with a 30MWh battery storage system.

“Renewable energy is critical to ensure the future security of the UK’s energy supply, while helping to meet global targets to reduce emissions and mitigate climate change,” Harmony Energy says on its information page.

But the project would also cover 53ha of the Sturdys’ farm, seriously affecting their livelihoods.

“We’ve had no direct consultation with our landlord – just a conversation with their agent and then a leaflet through the door at the same time as all our neighbours,” explained Mr Sturdy.

“It’s an incredibly stressful time. It just feels like all the work we’ve put into improving the land and the habitat for wildlife counts for nothing.

“It’s like a bad dream; that instead of opening curtains and looking out onto fields of corn or cattle grazing, there could be thousands of glaring solar panels.”

Mrs Sturdy, who is co-ordinating the campaign against the development, fears the farm will no longer be viable.

“It is such a terrible waste to take such good quality farmland out of production. It’s producing good quality British food and providing habitat for everything from barn owls to deer, hares and skylarks.”

Ryedale NFU group secretary Rob Hicks is supporting the Sturdy family in their fight. “We are very concerned about this proposal which takes a huge chunk of prime Ryedale farmland out of production,” he said.

“Mr and Mrs Sturdy grow award-winning crops and this loss of arable land will remove around 600t of grain from the food supply chain, which is equivalent to around 1.5m loaves of bread.”

But land agent Tom Jackson of Carter Jonas, who represents the landowner, says they have tried to be open about the plans, having had an initial conversation with the Sturdys last winter and shared the consultation document with them early.

If the project gets the go-ahead, the landowner will receive a rent from the energy company for 40 years, but there should be at least the minimum statutory compensation for the two tenants affected.

Harmony Energy added that there could also be agronomic benefits.

“Even in instances where land has been managed to best practice standards, evidence shows that, if land is not farmed for a long period, the soil can regenerate and improve its quality,” it said.

“Solar farms have also been proven to encourage wildlife to flourish during this rejuvenation period, improving the biodiversity of the site.”