A farm contractor is lucky to be alive after an oil drum he was cutting exploded in his face and caused serious injuries to his head and hand.

Matthew Hosking suffered deep cuts, broke bones in his right hand, split the back of his head open and chipped his frontal (forehead) bone in the terrifying accident.

The 28-year-old was using an angle grinder to cut an empty 200-litre oil drum to fill it with scrap, but he did not unscrew the cap on the drum to let the air out and believes the sudden change in pressure was to blame for the explosion. 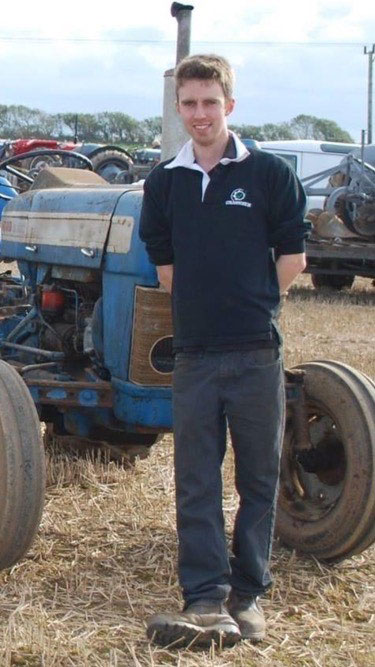 Mr Hosking said there was hydraulic oil residue still in the container.

The contractor, from St Buryan in Cornwall, was knocked off his feet and only remembers waking up 15 minutes later “in a pile on the floor”, with his boss crouching next to him.

The force of the explosion wrapped the bottom of the drum around the railway sleeper it was sitting on, as well as blowing the top up into his face. 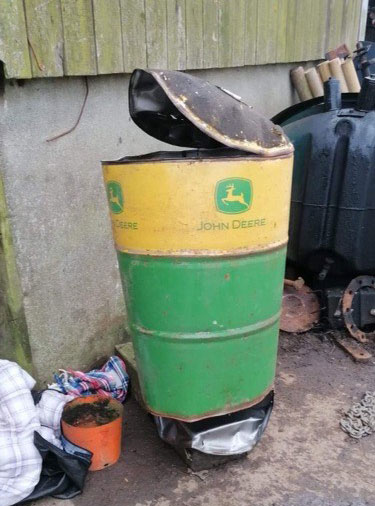 Paramedics arrived and after initial treatment, Mr Hosking was flown by air ambulance to Derriford Hospital in Plymouth due to concern about the severity of his head injuries.

The contractor is still experiencing bouts of double vision and dizziness five weeks on from the accident.

He told Farmers Weekly: “People have said I am lucky to be alive. I’ve got two pins in my right hand to support fractured bones and I don’t have much strength in that hand. One of my fingers was pretty much hanging off my hand because of the deep cut.

“I had goggles on and the drum exploded up and hit my forehead, roughly where my eyebrow is. I’ve had stitches from my eyelid up to the middle of my forehead, where doctors said there is now a gap in the bone. I may need a plate put in.”

The force of the explosion ripped the angle grinder plug from the wall and cut the wire in half.

Mr Hosking, who has an 18-month-old baby, said the near-death experience had taught him an important safety lesson.

“Think twice about what you are cutting. I have always removed the cap when cutting drums, but I had a lapse in concentration where I didn’t let the air pressure out. I am convinced it is to do with the air pressure,” he said.

“Whether there was something else untoward in the drum, I don’t know. As far as I am concerned, it was an empty drum of Hy-Gard which had a few dregs in the bottom.”

Hot work is any process that generates flames, sparks or heat. It includes welding, cutting, grinding and sawing.

Before carrying out any hot work, a careful assessment of the risks should be made. Other safer options should be considered. These include:

If hot work is necessary, the risks should be avoided by using a specialist company or reduced by using methods such as gas-freeing, cleaning or inerting before hot working.