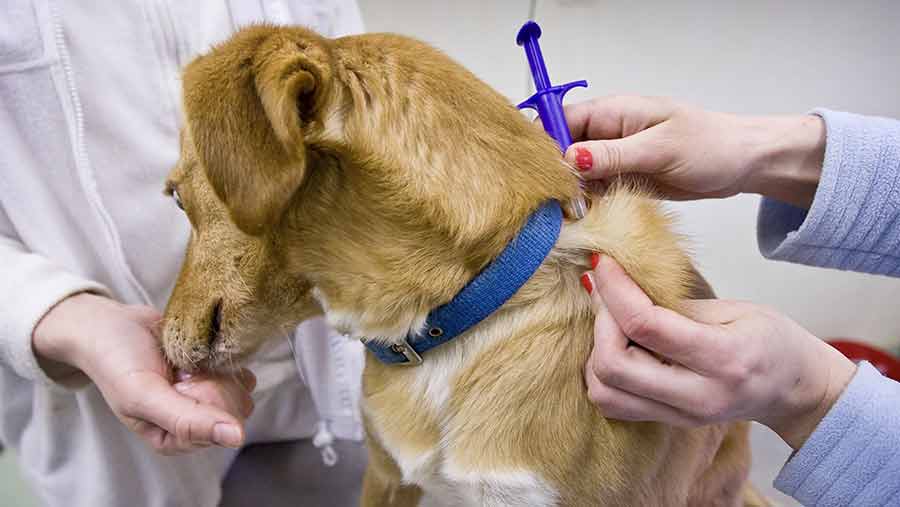 Farmers have just three weeks left to get any farm dogs microchipped as it will be compulsory for all dogs from 6 April.

The new rules, which apply across the UK, state that all dogs must be fitted with a microchip and registered on an authorised database by the time they are eight weeks old.

The idea is to make it easier for the authorities to reunite lost dogs with their owners and reduce the number of dogs ending up in rescue homes.

After 6 April, anyone found to have a dog without a microchip will be served a notice asking them to comply within 21 days. If they do not, they could face a fine of up to £500.

Microchipping costs tends to cost £10-£30 when carried out by a vet, but there are a number of charities prepared to do it for free or in return for a donation.

There are only two exemptions to the rules: the first being where a vet rules that inserting a chip would cause health problems for the dog and the second is for working dogs with docked tails, which do not have to be chipped until they are 12 weeks old.