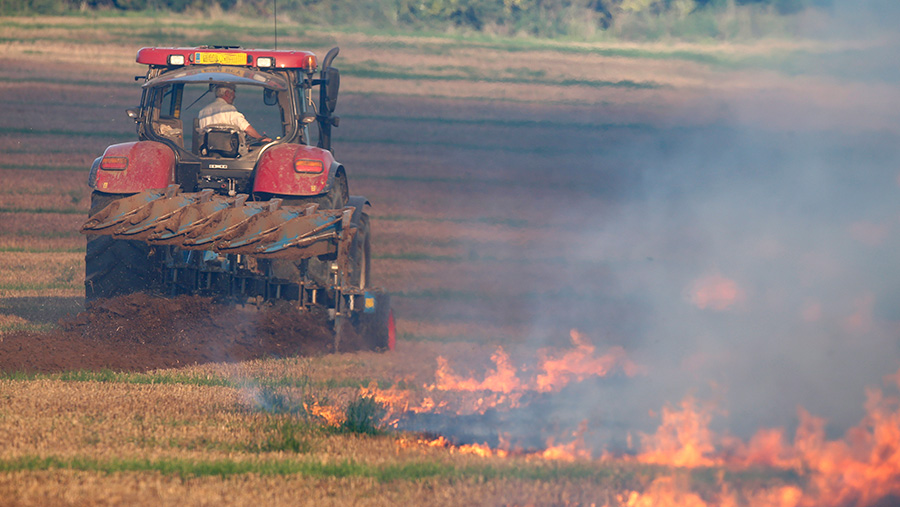 Farmers and crofters in Scotland are being urged to take precautions to protect their property after the number of fires in rural areas hit a five-year peak last year.

Aberdeenshire, the Highlands and Dumfries and Galloway recorded the most farm fires.

Earlier this year, NFU Scotland and Scottish Fire and Rescue Service (SFRS) launched the rural risk survey in association with farmers and crofters to inform fire crews of what they have on their properties to map out any dangers.

The scheme has been rolled out to three areas of Scotland – South Lanarkshire, Dumfries and Galloway and the Highlands.

It is hoped it will be extended to more counties in future.

For the survey, farmers and crofters provide basic details of their farms.

Then fire officers visit the farm to pinpoint hazards, including slurry, where livestock are kept, old buildings and the nearest water supply.

NFU Scotland president Allan Bowie said: “A fire on a farm or croft can be devastating and it is worrying to see that incidents are at their peak since 2010.

“With farms and crofts often in remote areas, and can on occasion be hard to find, this rural risk survey will assist in helping fire crews to reach the fire quicker and more easily and prevent wider damage.

“We encourage farmers and crofters to take the time to contact the fire service to inform them of what you hold on your property, and to map out where the dangers are.

“By doing this, it could save your farm or croft if a fire was to ever occur.”

To date, 60 farms in South Lanarkshire and Dumfries and Galloway have completed their fire risk surveys. 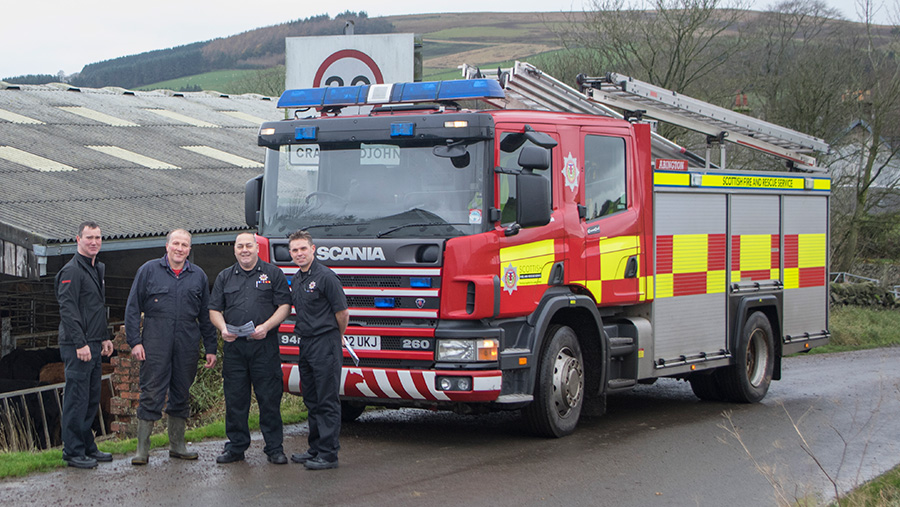 South Lanarkshire beef farmer Tom French is still haunted by a devastating farm fire which ripped through his farmstead in October 1998.

A vintage combine harvester, more than 60t of straw and a similar amount of feed barley went up in flames in the blaze, which gutted an outbuilding and caused serious damage to another.

The cause of the fire was never established, but arson was suspected.

“It was a torrid time – an experience I never want to go through again,” said Mr French, who is also NFU Scotland regional chairman of Forth and Clyde.

Although he was insured for the losses, which totalled about £20,000, Mr French said the fire caused huge emotional strain on his family.

“My parents were elderly at the time. It was extremely upsetting for everyone involved.”

Mr French, who farms at Balgray Farm, CrawfordJohn, was one of the first farmers to have a fire survey completed under the joint NFUS/SFRS initiative.

“I would really recommend that as many farmers as possible have the survey done,” he said.

“If a fire breaks out on your farm, the fire crews will know what is in the buildings, including any hazards, such as gas canisters or fertiliser.

“They will be able to download a map of the farm and consider options of how to tackle the fire en route.