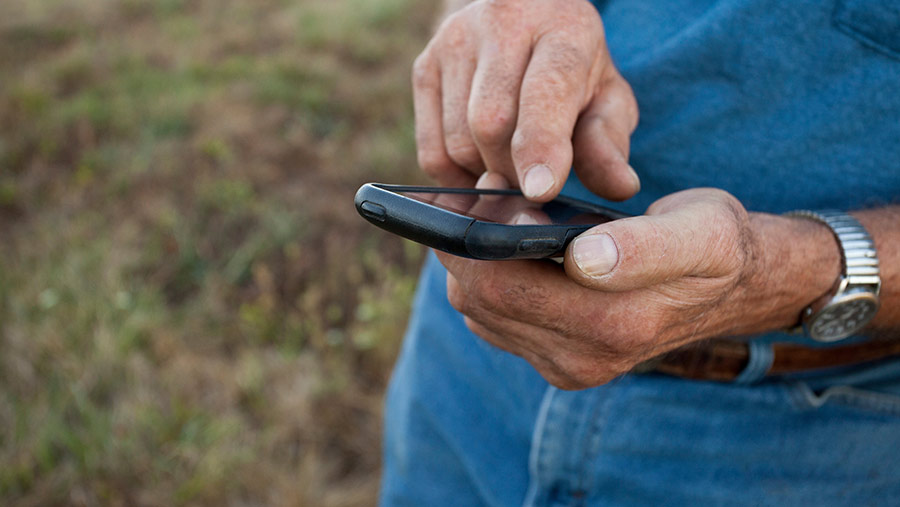 Farm leaders are pressing the government to introduce new laws to ensure every farmer has access to reliable mobile phone coverage and fast broadband by 2020.

The government’s Digital Economy Bill includes a universal service obligation (USO) which gives all homes and businesses the legal right to broadband speeds of at least 10mbps by 2020.

However, the Country Land and Business Association (CLA) described the Bill as “flawed” because it does not include a similar commitment to mobile phone coverage in rural areas.

Ministers have decided to give telecoms companies legal powers to force farmers to accommodate their equipment on their property, such as telephone masts, without having to pay market rents.

However, the proposed laws are “very weak” in terms of what the mobile phone industry must deliver, said CLA chief executive Ross Murray.

“The promise of the Bill is to improve mobile coverage now and in the future, but it is flawed,” he added.

“A universal coverage target for mobile, complementary to the commitment for universal superfast broadband already contained in this Bill, is the best way to achieve this.”

Meanwhile, the NFU is continuing to lobby for affordable and reliable broadband and mobile phone coverage for farmers, growers and their rural communities.

As such, the union has launched a new survey to help it build a true picture of mobile phone coverage and broadband provision in rural areas.

One of the key aims of the survey is to find out exactly what broadband speeds farmers and growers currently have.

This can be done through the Which? website or by visiting Ofcom. You can also check satellite services with Avonline.

NFU vice-president Guy Smith urged as many farmers as possible to fill in the survey this month.

“The point of doing it again is to give us some benchmarking data, and establish how – or if – the problems have been resolved in the past year,” he said.