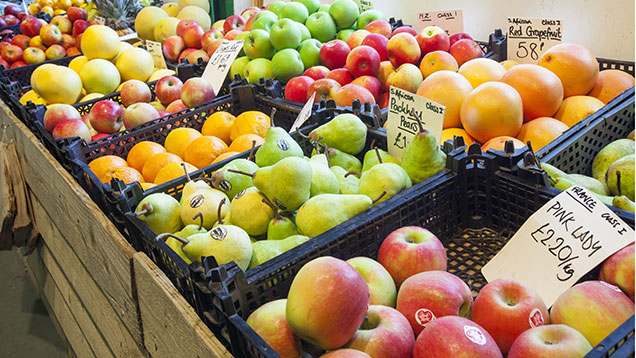 Farm shops in the Midlands have launched a campaign to encourage more people to buy local produce and fight back against supermarket domination.

The campaign, led by the National Farmers’ Retail and Markets Association (Farma), aims to highlight the value of buying local produce to support the local economy.

In the Midlands, farmers and farm shops are trying to appeal to local people’s sense of regional pride when choosing where to shop.

They argue there is no need to buy meat reared elsewhere and plenty of seasonal produce is grown in local fields.

Farm shops have traded on being the local, friendly face of food retail for years. But many are competing against nearby supermarkets that imitate and copy their ideas.

“Farm shop owners are getting used to supermarkets hitching a ride on the ‘real farm’ ethos yet no account of slick advertising can replace the experience of buying real food at a real farm shop.”
Sally Jackson, Farma chairman

A Lidl ad staged at a fake farmers’ market reveals that the produce on their stalls is all from Lidl by handing the customer their produce in a Lidl bag. It has angered small producers who feel it undermines the authenticity of their produce and of real farmers’ markets.

Sally Jackson, chairman of Farma, said: “Farm shop owners are getting used to supermarkets hitching a ride on the ‘real farm’ ethos yet no account of slick advertising can replace the experience of buying real food at a real farm shop.

“Home-raised, home-grown, home-made and a love of all local foods are the characteristics of a great farm shop.”

Jeremy Jagger, leader of the Midlands group and owner of Battlefield 1403 farm shop and restaurant in Shrewsbury, said: “Farm shops are very competitive with supermarkets in terms of price and shouldn’t be considered as high-end or exclusive in this way. We all offer quality local and home-made produce.”

Tom Hunt, marketing manager of Ludlow Food Centre, added: “At Ludlow Food Centre we are farmers and food producers first and foremost. Our farmers need help and support if we are going to continue to grow and rear great food in Britain in the years to come.”