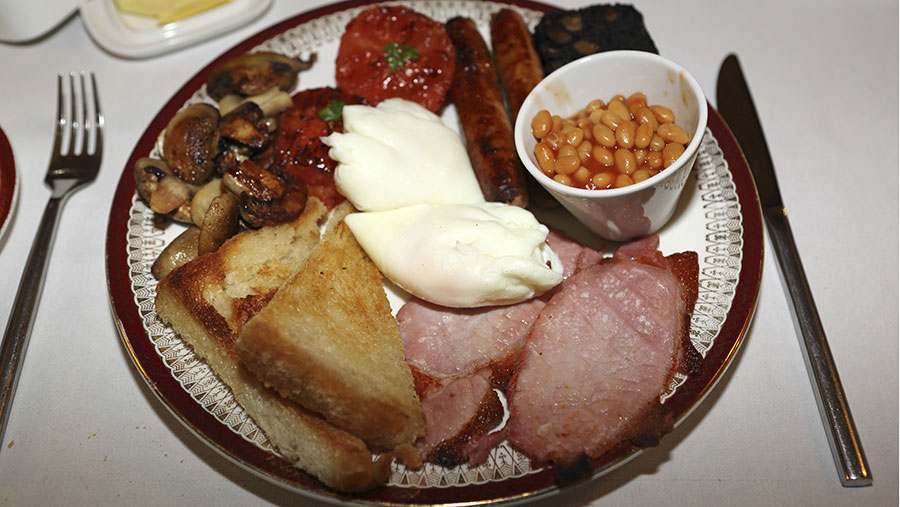 Farmers have expressed their anger and threatened to withhold donations to Macmillan Cancer Support after the charity encouraged its supporters to give up eating meat for a month.

The initiative appears on the cancer charity’s web page and invites the public to join in its Meat-Free March initiative.

People who sign up are invited to set up a Just Giving Page, to raise funds for cancer care. “Every meat-free moment matters,” it declares. “Whether you go meat-free, or ditch dairy as well, how you take part in Meat-Free March is up to you.”

As well as the Just Giving page, Macmillan is also providing supporting material via its website, including social media badges, Facebook frames and downloadable posters with messages such as “So long to the sausage” and “Bye Bye for now burgers”

To help supporters maintain a meat-free March, the charity also offers a range of recipes, such as “Meatless meatballs” and “lentil bolognese”, and suggests hosting meat-free dinner parties as a means of raising more funds.

The material on the website does not make any direct link between eating meat and cancer, though some farmers believe it tries to by inference.

“Whether intended or not, people will associate the two,” tweeted Wiltshire dairy farmer Jonathan Cook. “I am appalled that they’ve become embroiled in a misguided vegan agenda based on lies.”

NFU Cymru president John Davies said some of his members had also expressed their dismay.

“Many family farmers do a great deal of fundraising for Macmillan – from coffee mornings to bigger events. They can’t understand why they are siding with this anti-meat initiative.

“We certainly don’t want to undermine the fantastic work Macmillan does, but this initiative has not been well thought through.”

A number of farmers suggested they would be withholding future donations as a result.

“I’m sorry, but if you do not intend to support British farming, then I will not long be supporting Macmillan with my donations,” tweeted Sarah Brookes, from Dora’s Dairy near Swindon.

Primary school teacher Ani Jenkins suggested Macmillan should change its Meat-Free March campaign for a Buy Local March campaign, pointing out that the first people to support her coffee mornings were farmers.

“You are really slapping them in the face with this advert,” she tweeted.

The criticism seems to have hit home. “We’re very sorry this campaign has upset some of our supporters,” said Macmillan senior marketing manager Rachel Murphy. “That was never our intention.

“As a charity funded almost entirely by the public, we’re extremely grateful for the long-standing support we’re had from the farming community. Without it, we couldn’t have been there for so many people with cancer when they needed us.”

But she maintained Meat-Free March was a great way to for people to challenge themselves and their willpower for one month, rather than a statement about meat consumption and cancer.

“It’s not aimed at causing permanent changes to people’s eating habits,” she insisted. “Macmillan believes the diet people follow is entirely a personal choice. Our only recommendation is that it’s healthy and balanced.”