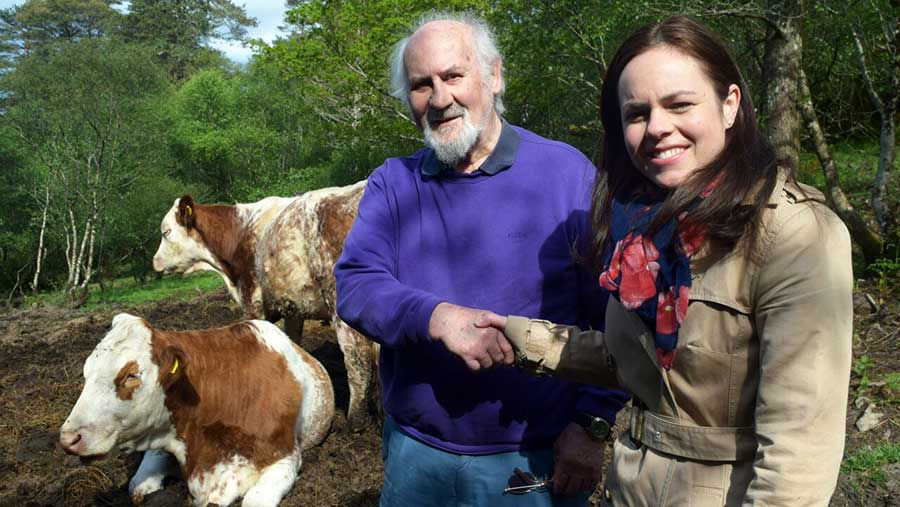 Duncan MacLennan won compensation for his dead cow after Kate Forbes, MSP for Skye, Lochaber and Badenoch took up his case

A crofter has been awarded £2,450 in compensation from Network Rail after one of his cows was killed on a railway track.

Duncan MacLennan, from the Highlands, said the cow made its way from common grazing land at Strathie because of poorly maintained fences along the track.

The cow was struck by a train and killed during the incident on the Inverness to Kyle of Lochalsh line on 27 July 2016.

Initially, Network Rail said the cow had strayed from its original field and it released a statement saying it invests “significant sums” renewing fencing along tracks every year.

After months of correspondence with Network Rail refusing liability, Mr MacLennan asked Kate Forbes, MSP for Skye, Lochaber and Badenoch, to take up his case.

Ms Forbes said: “I cannot describe how delighted I was when, after months of discussion, debate and correspondence, I finally got confirmation from Network Rail they would compensate Mr MacLennan for the loss of his cow on the railway line near Plockton.”

The compensation of £2,450 matched an independent valuation of the cow.

Mr MacLennan said: “I am grateful to Kate for her invaluable help in securing compensation from Network Rail for causing the death of our cow.

“After extended obstruction by the company, her intervention and related media coverage proved effective in obtaining a payout after nine long months.”

Latest figures from the Rail Safety and Standards Board showed in 2012-13 there were 93 “animal strike incidents” in Scotland.

According to Network Rail, the associated cost of animal on the line incidents across the UK that year was about £4.9m.