A Shropshire farmer faces an £18,000 clean-up bill after ruthless fly-tippers dumped 100t of industrial waste on his land.

Andrew Nicholls, 70, says the cost of removing the waste will almost wipe out the whole value of his single farm payment for this year.

He warned other farmers that no one is safe from fly-tippers and they must take every precaution to prevent this happening to them. 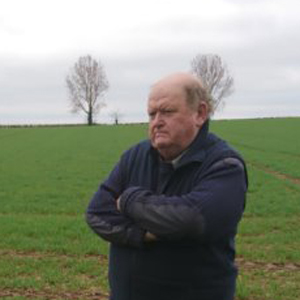 “You read reports about fly-tipping on farms. But until it happens to you, you don’t realise how bad it is. It’s devastating. My son has taken it particularly badly.

“Farmers must do everything to stop this happening to them, whether it’s CCTV, concrete slabs near gates, lighting, whatever.

“It’s a sad state of affairs when you have to lock up the countryside. But now everybody is under suspicion.”

Waste criminals targeted the 120ha mixed farm in the early hours of the morning. They cut the chain and padlock off the gate, which secured access to the farmyard, and dumped about seven lorry-loads of the shredded waste.

Before they left, Mr Nicholls said the brazen fly-tippers used a cable tie to lock the gate behind them.

“We are victims of crime, yet we are not getting any help,” he added. “Our local council has been very sympathetic. But their attitude is: ‘the waste is on your land, it’s your problem, not ours.’

“We don’t see any police in rural areas anymore. They seem more concerned that someone has broken my £6 padlock on the gate than the 100t of rubbish on my yard. It beggars belief.

“I would have thought this was aggravated trespass, but the police say there is nothing they can do.”

The rubbish was removed from the farm on Wednesday (15 March) by a waste removal service company. 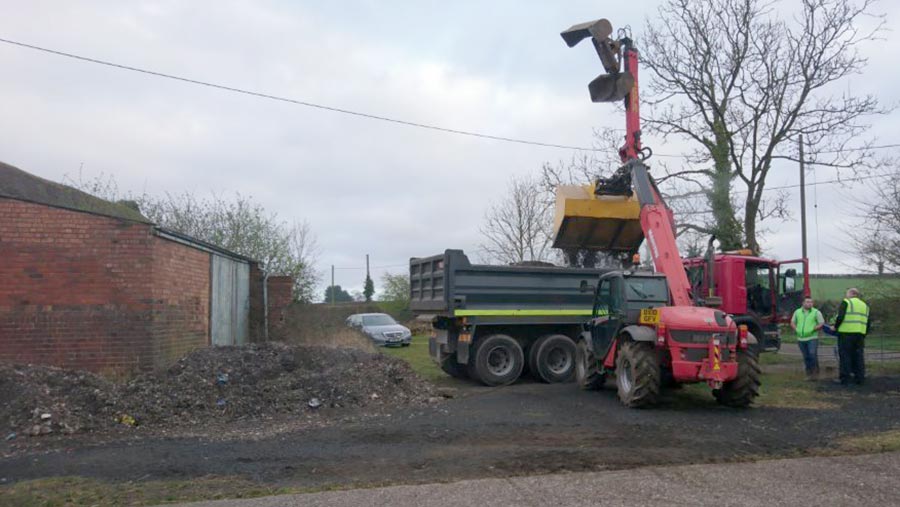 The Environment Agency is investigating to see if this incident is linked to other similar industrial-scale fly-tipping crimes in the county and the Midlands.

This includes three lorry-loads of industrial rubbish dumped on a track at the Enville Estate on the Staffordshire/Shropshire border.

An agency spokeswoman urged farmers and the public to stay vigilant and report any fly-tipping incidents.

“Please contact us with any information on fly-tipping and report incidents of illegally dumped waste on 0800 80 70 60 (Freephone 24-hour service),” she said.