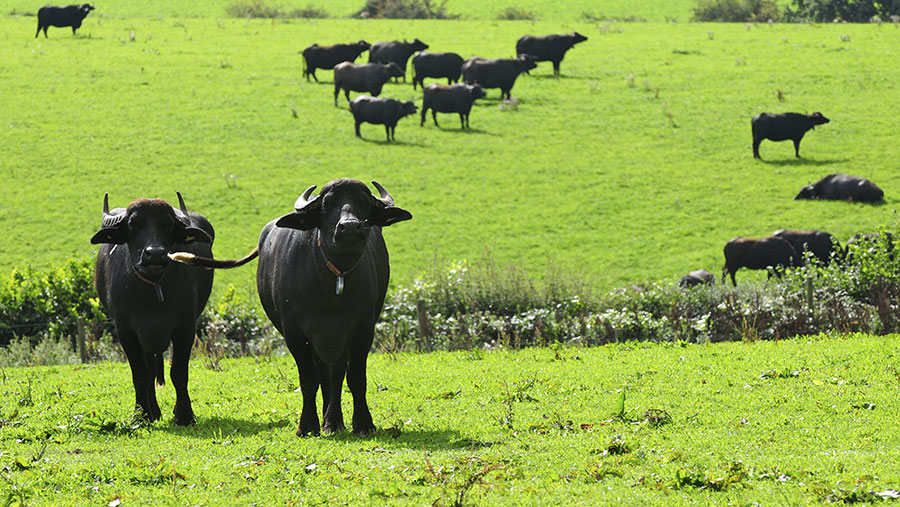 A farmer has died and his son was badly injured after they were attacked by a water buffalo in Monmouthshire.

Father-of-three Ralph Jump, 57, was pronounced dead at the farm in Gwehelog on Tuesday afternoon (5 May).

His 19-year-old son, who has not been named, was critically injured and his 22-year-old daughter, Isabel, suffered a serious leg injury.

Mr Ralph’s son was flown by air ambulance to the University Hospital of Wales, in Cardiff, and his daughter was taken by land ambulance to the Royal Gwent Hospital for treatment. Her injuries are not thought to be critical.

We were called to a commercial address near Usk, after reports of a water buffalo attacking two men and a woman.

A 57-year-old man was sadly pronounced dead at the scene.

A 19-year-old man and a 22-year-old woman are receiving hospital treatment.

Paramedics received assistance from the National Police Air Service at the scene following the attack, which happened shortly before 3pm.

The water buffalo was humanely destroyed.

The attack took place at the premises of the Bufalina Soap Company, in Usk, a family business that manufactures handmade luxury soap from the milk of their herd of Mediterranean water buffalo in the Welsh Marshes.

Water buffalo are native to Asia, but a number of farms across the UK keep herds.