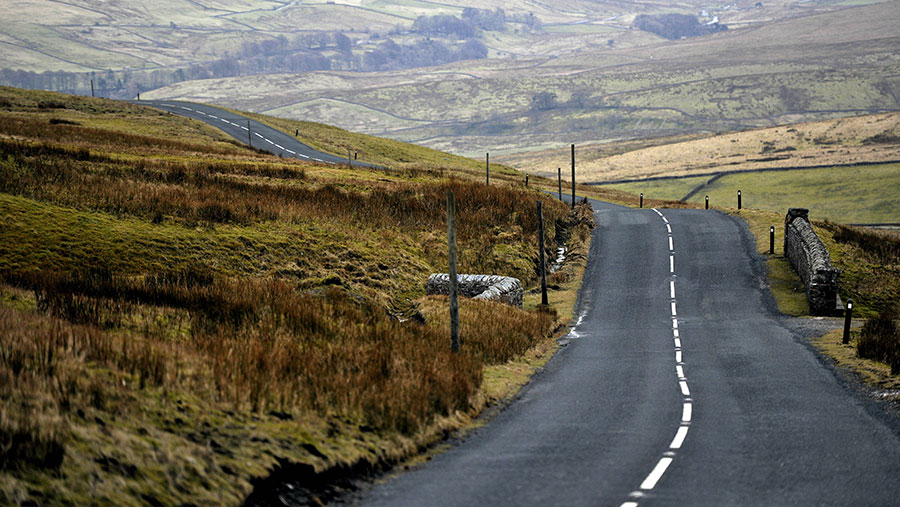 A Yorkshire Dales farmer drowned in a stream after he had deliberately driven his Land Rover over a 200m drop, an inquest has been told.

Sheep farmer Norman Alan Busby drove the vehicle through a wooden roadside fence at Buttertubs Pass on 11 January, but survived the collision and began walking towards Thwaite village, the Yorkshire Post reported.

Mr Busby’s body was found face down in a stream by police and mountain rescue volunteers later that afternoon.

The 51-year-old had been told by his wife, Andrea, that their marriage was over and she had left the family farm with the younger of their two sons.

Coroner John Broadbridge was satisfied that a police recreation of Mr Busby’s crash proved it had been intentional, but said it was impossible to say he had ended up in the stream through continued intent to end his life.

Mr Broadbridge therefore recorded a narrative verdict at the inquest in Northallerton on Monday (16 November).

He said: “It is difficult to determine one way or another. It could suggest he was walking downhill to seek assistance, or he could have been looking for some other way to harm himself.

“I cannot assume that, having been thwarted by surviving the collision, that he then immersed himself in the water. There is not enough evidence to point to a suicide verdict.”

A post-mortem examination of Mr Busby’s body gave the cause of death as drowning, with a road traffic collision as a contributory factor.