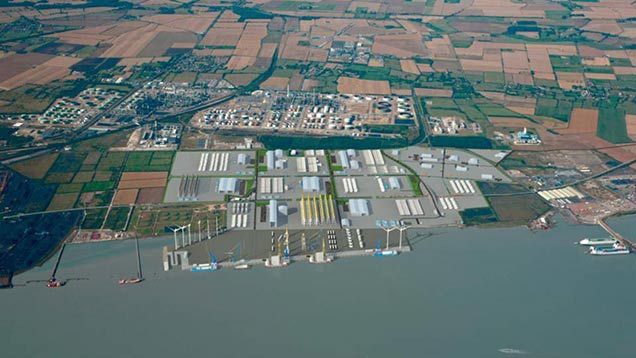 A farmer is taking his fight to save hundreds of acres of his prime farmland from being flooded and turned into mudflats to the EU.

However, to offset the loss of estuary land developers have set aside £60m to build a compensation site, which includes about 100ha of highly productive farmland, farmed by Mr Kirkwood, north of the estuary.

If the energy park is built, it could see Mr Kirkwood lose 100ha of his 405ha farm. The farmland would be deliberately flooded to compensate for the loss of wildlife marshlands.

Mr Kirkwood has submitted a complaint to the European Commission about the Amep project.

He said the wind park would have a serious financial impact on his business and estimated he would lose about 1,000t/year of wheat production.

A landlord can regain possession of tenanted land on a traditional tenancy if planning permission is granted for a use other than agriculture. All the tenant is entitled to in such cases is statutory compensation representing the value of six year’s rent on the land in question.

Mr Kirkwood accused the UK government of failing to comply with the EU Habitats Directive, which recognises Humber Estuary as a special area of conservation and special protection area.

In particular, he said the chosen site would likely have a “profound impact” on a large population of black-tailed godwits, a species of large wading birds, of which there are in the region of 50,000 breeding adults worldwide.

The project will include the construction of a regulated tidal exchange, which will involve creating lagoons to control the tide. Proposals for the dredging of the site, which has high levels of silt, have not been agreed.

Able UK also wants to start the development of the site at the same time as the compensatory habitat. Mr Kirkwood said this “begs the question” where the godwits will go until the site becomes fully functional after several years.

In his letter sent to EU commissioner Karmenu Vella on 14 November, Mr Kirkwood warned: “Once the mudflats have been destroyed there can be no certainty that the black-tailed godwit population on the Humber Estuary, and as a consequence the Icelandic population, will not suffer a serious decline.

“If this happens, it will mean that the UK government has failed in its obligations within the context of the Habitats Directive and as a signatory to the Convention on Biodiversity and to the Ramsar Convention.”

But Able UK said Mr Kirkwood’s attempts to stop the project were “without any justification” and “fly in the face” of an exhaustive planning application approved by the secretary of state for transport and a joint parliamentary committee.

Able group development director Neil Etherington said: “We are aware that Mr Kirkwood has opposed the Amep development because of the impact on some of the land on which he is a tenant.

“This results from the compensation measures that, by law, we have to put in place to comply with the EU Habitats Directive, to provide a new habitat area for the black-tailed godwit.

“This is not something that we condone but regrettably it cannot be avoided and does inevitably involve the loss of some productive agricultural land.

“Whether this is the best overall solution is indeed a moot point but we have to abide by Natural England’s interpretation of the EU Directive and Natural England are the government’s appointed body responsible for ensuring the protection of the natural environment.”

A Natural England spokeswoman said the agency accepted that Able UK’s compensation measures were capable of providing a replacement habitat for black-tailed godwits “with regard to extent and quality”.

She added: “The Amep development was consented by the secretary of state in December 2013, on the basis that there were no alternatives and the project met the required tests of imperative reasons of overriding public interest.”

A spokesman for the Crown Estate said: “We can confirm that the land in question belongs to the Crown Estate, and that should the Able Marine Energy Park project proceed, tenants will be paid compensation for vacating the land.”