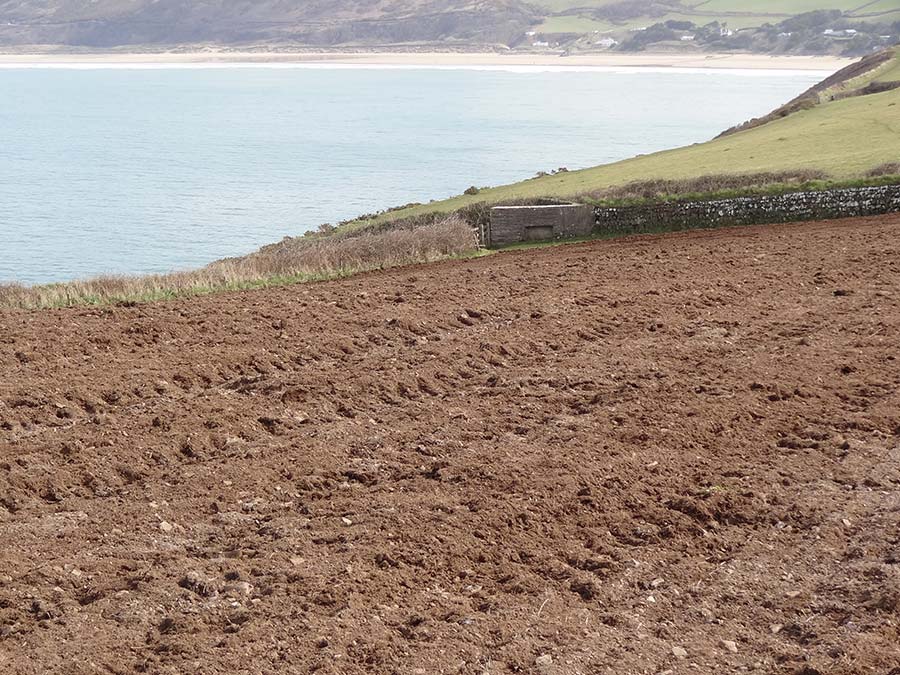 A Devon farmer must pay more than £30,000 after he ploughed historically important fields linked to the Stone Age and Second World War.

The fields, on the North Devon coast, are linked to the Mesolithic and Neolithic eras, where large numbers of flint artefacts have been found.

They were also used as training grounds by US forces in the Second World War ahead of the Normandy invasion, and featured dummy pillboxes, trenches and graffiti left by a soldier who was killed in the battle.

Mr Cooper, from Croyde Hoe Farm, was ordered by Natural England to remediate the fields in September 2017, but the farmer ignored the stop notice and continued to plough and lime most of a neighbouring field as well by March 2018.

The fields had been uncultivated for at least 20 years under two previous Countryside Stewardship schemes.

Mr Cooper applied for permission to convert the land to arable use in 2012. But the fields were assessed as having historical interest of regional significance and the farmer did not commission the necessary survey work to determine his application.

Bill Horner, county archaeologist of Devon County Council, said: “The making of stone tools by Mesolithic hunter-gatherers over a long period makes this a particularly important archaeological site. It marks the start of a continuous human presence in Devon after the ice ages.

“While we regret that the agencies involved, despite their best efforts, were left with no option but to take legal action, we are pleased that the outcome recognises the harm that was being done to this rare and important part of our national heritage.”

He was fined £7,500 with five months imprisonment in default of payment and ordered to pay £24,000 costs at Exeter Crown Court on 21 June.