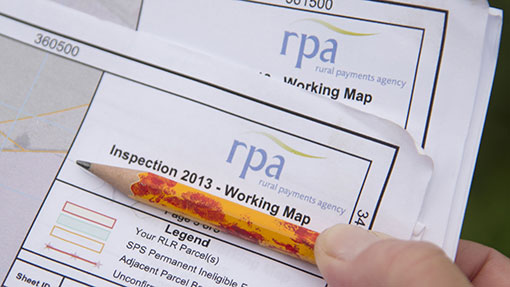 A farmer’s three-year paper chase with the Rural Payment Agency (RPA) has been highlighted in a damning report into complaints about government departments.

Mr H replied in spring 2010, but the RPA took until spring 2012 to deal with his letter – and only after the farmer chased the government agency for action in 2011.

It took three letters sent from him to the RPA, including a complaint from the secretary of state, before mapping experts got in touch.

Then, separately, the mixed-up map data led another part of the RPA to conclude that Mr H had overclaimed farming subsidy.

In early 2013, the RPA decided that Mr H’s claim was correct. It apologised but declined to pay him for the cost of his time and office expenses in pursuing his complaint. The farmer estimated his costs came to £1,750.

“The RPA should have dealt with his letter of spring 2010 as soon as possible after receiving it,” said the ombudsman.

The RPA apologised to Mr H for the effect of its serious mistakes and paid him £200.

In another case, the RPA compensated a landowner, known as “Mr P”, after it failed to send him a claim form and guidance for 2010.

The landowner had bought a field and wanted to claim Single Payment Scheme payment the next year.

But errors in the RPA’s IT partner meant he didn’t receive the papers in time to claim farm subsidy.

The RPA’s failure to explain to Mr P what its complaints procedure could and could not do meant he wasted £100 in appeal fees and associated travel costs in attending an appeal hearing at which he had no chance of success.

It also took RPA two years to tell Mr P why it had not automatically sent him a claim form and guidance.

The RPA paid £250 compensation to Mr P for its poor complaint handling, refunded his £100 appeal fee and reimbursed his reasonable travel costs.

Dame Julie Mellor, the Parliamentary and Health Service Ombudsman, said her report, which included 35 governmental cases, highlighted the “terrible impact” failures in public services can have on the lives of individuals and their families.


“The lessons learned from these cases have been embedded in this new process and we now fully consider consolatory payments where the complaint involves a failure in the agency’s service.


The RPA has apologised directly to the two farmers involved in these cases.”