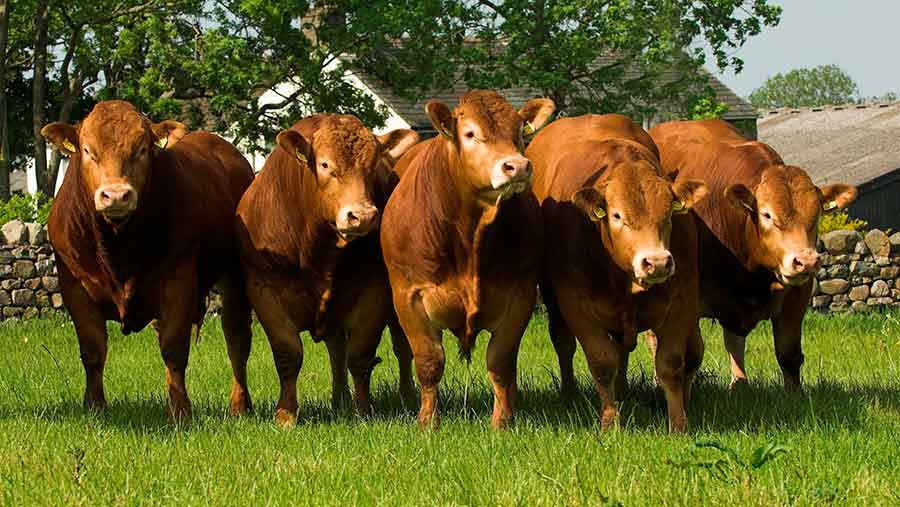 A Surrey farmer who unlawfully castrated six bulls has been handed a suspended jail term.

A concerned member of the public noticed several cattle at Mr Goffin’s farm appeared to be injured, with blood on the back of their legs.

Government vets from the Animal and Plant Health Agency visited the farm and found six bulls had been castrated in an illegal manner.

The bulls required urgent medical treatment, which led to them being given antibiotics and pain relief medication. All the cattle survived.

Mr Goffin told Redhill Magistrates’ Court that he castrated the bulls on 28 June 2015 and they were discovered on 19 October.

He told the court he used Burdizzo pliers to castrate the bulls and also applied cable ties to some of them, banding the animals around the scrotum to eliminate the flow of blood, causing the testicles to die.

However, the method was illegal because cattle can’t be castrated when they are older than two months except by a qualified vet, and all the cattle in this case were older than that.

Burdizzo pliers are a permitted means of castration if used by a qualified vet. In addition, the animals were not properly treated following the procedure, leaving them in pain.

‘No intention to cause bulls harm’

Mitigating, Keith Goacher said Mr Goffin, who was of previous good character, had not intended to cause suffering to the animals and was unaware that the method he was using to castrate the bulls was illegal.

Magistrates accepted it was not Mr Goffin’s intention to harm the animals, but said he must have realised they were suffering and failed to take sufficient steps to address this.

Mr Goffin was sentenced to four weeks’ imprisonment, suspended for two years, and ordered to pay prosecution costs of £1,572 and an £80 victim surcharge.

Speaking after sentencing, Richard Walsh, Surrey County Council’s Cabinet member for localities and community wellbeing, said: “We won’t hesitate to take action to protect animals from harm and unnecessary suffering and ensure high standards are maintained by the county’s farms.”